Conor stopped off at Ballyquin House, Dungiven on his travels. 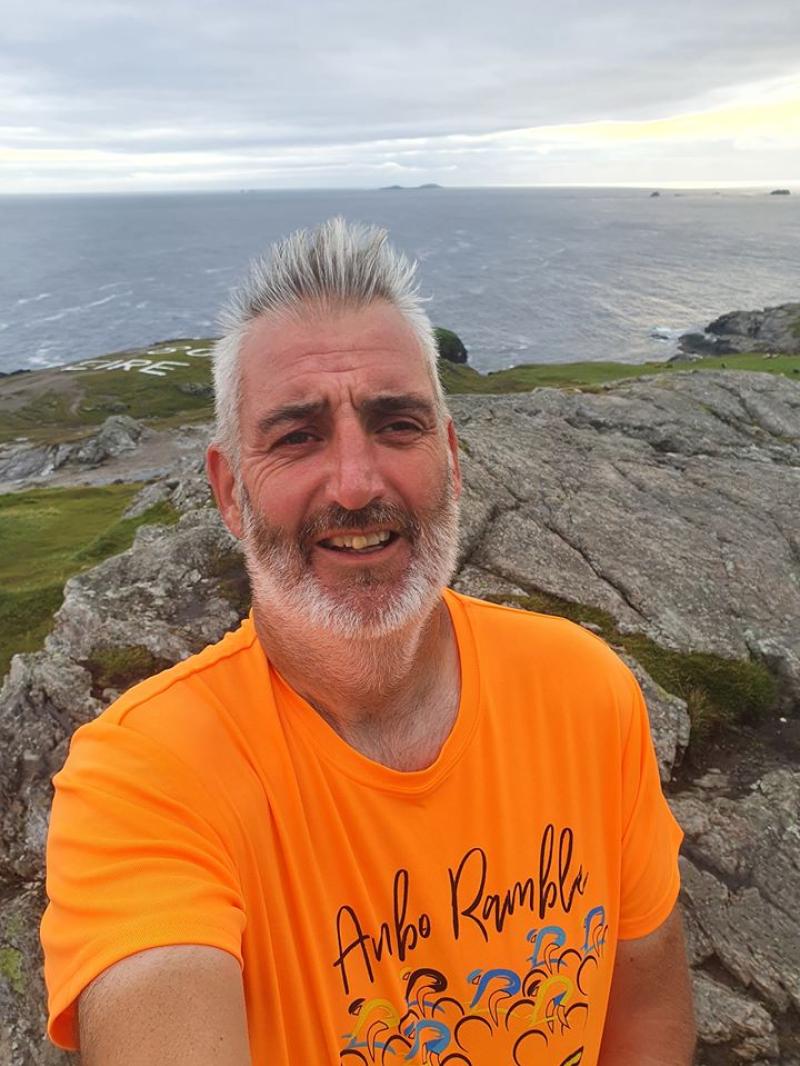 The owner of a County Cork social enterprise stopped off in County Derry last week as he continued his walk around Ireland to raise funds and awareness for a deaf charity.

Conor Cahill, a native of Cloyne in the Rebel county, began his trip in Belfast and will make his way down Ireland’s west coast before returning along its eastern seaboard.

The walk, which Conor has branded the ‘Camino d’Ireland’ is a huge personal undertaking, but his chosen charity, the Ethiopian Deaf Project (EDP), is the priority.

“I’m walking anyway, so if someone else can get the benefit of it then it’s a great story for me,” he told the County Derry Post.

“I do this because it pushes my body and resets a lot of my batteries. It’s just like hard training, the benefits are fantastic.”

The EDP is a committee of voluntary fundraisers dedicated to supporting deaf children in Ethiopia gain access to formal education.

They place a particular emphasis on assisting deaf children from poor rural families or those who are living isolated lives.

Fundraising activities, in particular their child sponsorship program, have facilitated the development of a school that is transforming the lives of the children who attend. 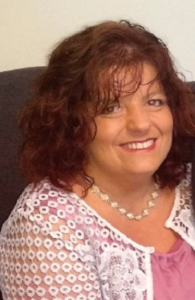 Miriam O’Regan, secretary and founding member of the EDP, said all donations, no matter how small, are helpful.

“The money is so hard to raise that we are extremely careful on how it is spent, we know where every cent goes,” she said.

“We started my chance I suppose.  Myself and my husband, Patrick have two children adopted from Ethiopia, one of whom is deaf.

“We then heard of a Dublin priest, Fr. Stephen Monaghan who was trying to do something to help the deaf in Ambo.

“We contacted him and said we’d like to help, maybe have a coffee morning or something, the rest is history.

“We raised enough to buy land, then with matched funding from Misean Cara to build and extend the school, set up a sponsorship program to support the children and their families.

“Now they come with their families once a month to learn sign language and in the next few years we are hoping to get one of the bigger organisations or group to help us establish a much needed boarding house.” 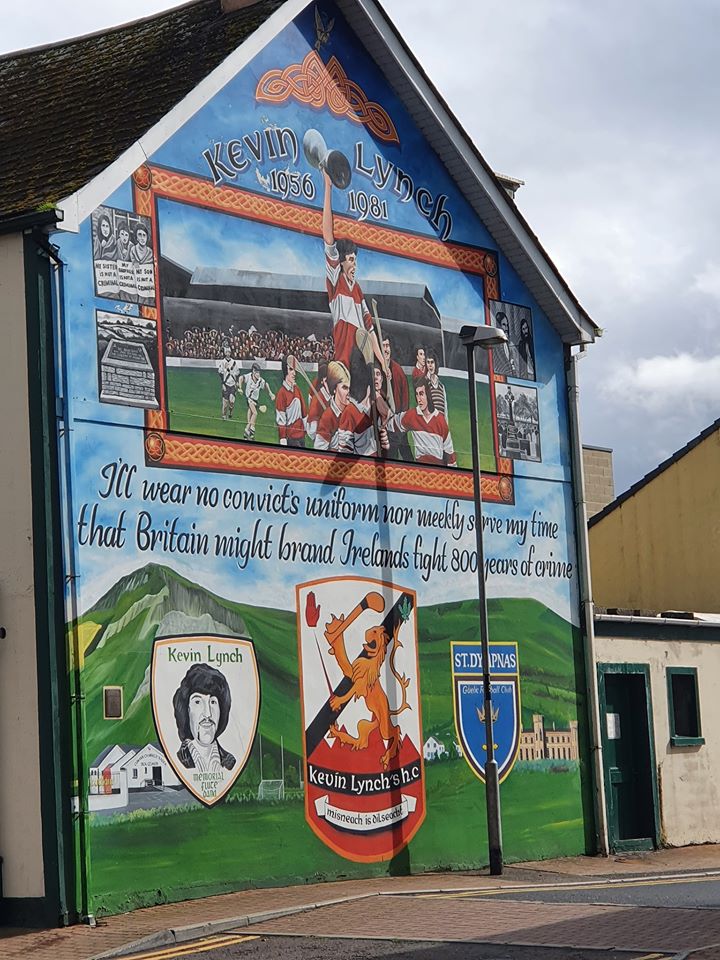 Conor stayed in Dungiven while travelling through Derry.

Conor feels the experience of being deaf can be a lonely one, but while staying in Dungiven, he was able to meet and talk to a deaf person from the town.

“Caroline, my host, took me down to the GAA club and I started talking GAA with a few lads who were down there,” he said.

“With social distancing, I was kind of sat in the corner and a deaf lad was brought over by a few of the lads.

“I knew straight away he was deaf, so we were signing back and forward and it’s a lovely experience to have.

“The other experience I had of that was in a place called Matera, in the south of Italy. I went into a restaurant last year and there were two people signing.

“Eventually I went over and introduced myself and signed my name to them. We spent an hour and a half, between signing and texting and talking - communicating.

“They told me that, over the three weeks they had travelled from Hamburg, I was the first person that had made any attempt to engage with them.

“It’s a tough way to live. Three weeks on holidays and no one making any effort to communicate with them.” 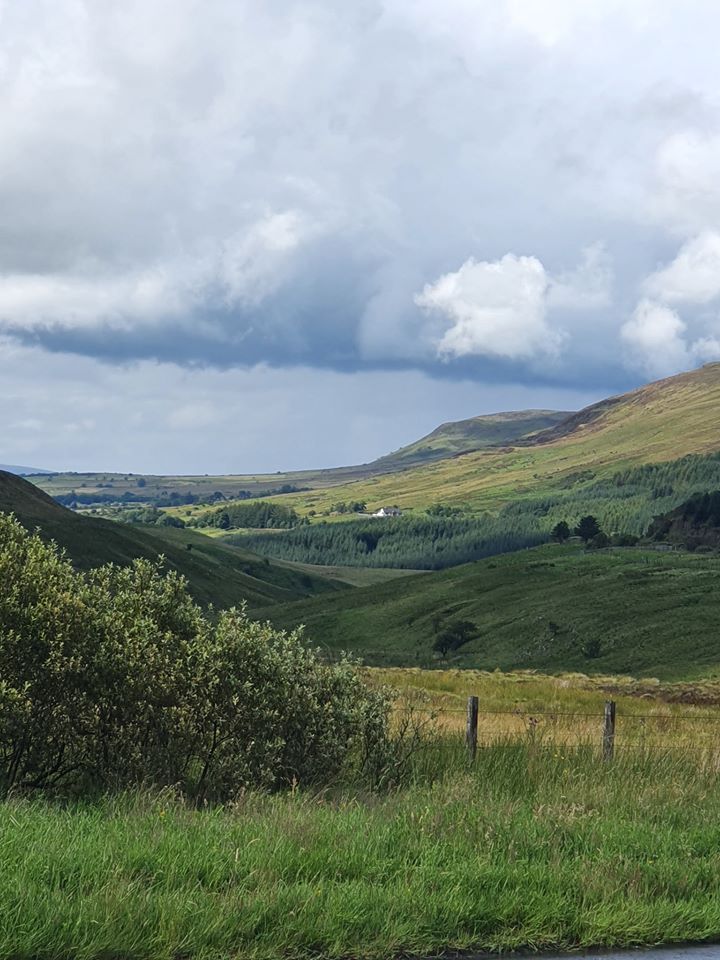 Having already been to Derry City, Conor was keen to experience what rural County Derry had to offer when he was planning his trip.

“I had been to Derry [City] before so I decided I didn’t want to go back through the city again, and I wanted to see rural Northern Ireland as much as I could,” he said.

“It was great to come through the county and put places to the names, like Slaughtneil from the GAA side of it.

“I loved the shared community spirit as that’s different in the north. The word ‘community’ is used a lot more.

“I did have a chuckle, though, coming through some towns and seeing the signs from winning the 2003 Tidy Towns’ award in 2020.

Conor, along with the EDP, is running a ‘Guess the Steps’ competition. Entry is via donation and can be accessed on the EDP website - www.edp-ambo.com.