Majority of County Derry in favour of face masks 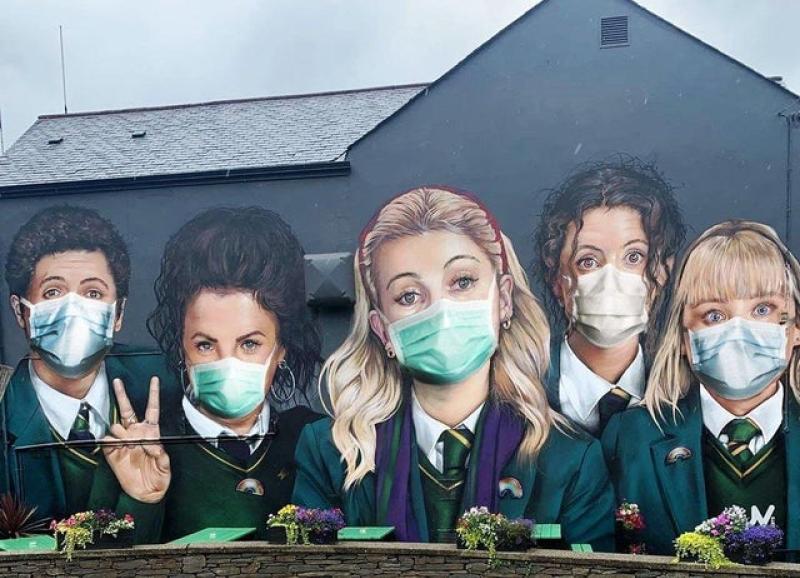 Almost three quarters of County Derry residents are in favour of the move to make face coverings mandatory in shops, according to a survey carried out by the County Derry Post.

The poll, conducted before the NI Executive’s decision to make the wearing of face coverings compulsory from yesterday, indicated that 69.9% would be in favour of the move.

When asked if they would comply with a ruling to make face coverings in shops compulsory, the amount of positive responses increased to 80.5%.

63% of respondents who listed Maghera as their nearest town or village indicated they would not comply if the wearing of face coverings was made compulsory.

The survey also found that a large majority of residents in the county are already in possession of a face covering.

86.7% of respondents indicated that they had either bought or been given a face covering since the beginning of the Covid-19 pandemic.

Of that number, the most popular setting for wearing a face covering was the supermarket, with 58% of respondents indicating they had worn their covering there.

Petrol stations and local shops were the next highest on 43.9%, with hairdressers, barbers and beauty salons close behind on 39.2%.

Just 21% said they had worn a covering on public transport, where they have been compulsory since July 10, while 22.1% of those who took part in the survey said they never wore one.

Asked to comment on face coverings, many of those opposed to wearing one said they didn’t feel it would have any impact on the spread of the virus.

One respondent said: “I really don't think they are necessary. Wearing them is not effective. Hand washing & social distancing are the best preventative measures.

Others felt the issue should be a matter of personal choice, with one respondent stating, ‘it should be a choice, not an order’.

“Gaping holes, noses uncovered, constantly adjusting them with their hands are all defeating the purpose of the masks.”

Protecting the vulnerable was a motivator for many of those who were in favour of mandatory face coverings.

“We should protect each other as best we can. Currently the advice is that face masks help prevent the spread of Covid-19, so take responsibility and wear one,” said one respondent.

Some also felt that coverings should have been mandatory since the start of lockdown, while others who are shielding said the lack of face coverings makes them anxious.

“I don't see enough people wearing them coming out of shielding myself,” said one respondent.

“I feel really unsafe and anxious about going into enclosed places as it is with my mask on so when people are not wearing them it concerns me and my safety.”

As the requirement came into force yesterday, the NI Executive launched their ‘Wear One For Everyone’ campaign, stressing the move was to make things safer for everyone. 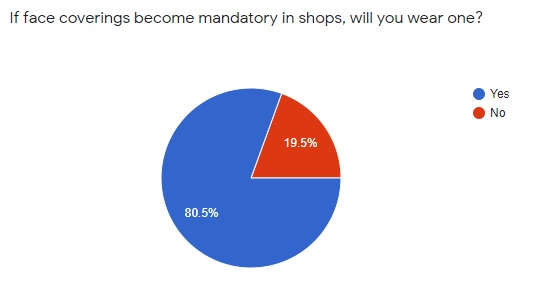 A joint statement said: “The use of face coverings is a vital defence in our battle against Covid-19.

“This is about looking after each other and doing everything we can to stay on top of this virus. It will help to save lives.

“It also has to be remembered that some people cannot wear face coverings, due to a disability or health condition.

“There should be no stigma attached to anyone in these circumstances. If those of us who can cover up do so, then it will help keep everyone safe.

“We are confident most people will comply, but those who do not wear a face covering without a reasonable excuse risk being issued with a fixed penalty notice by the police.”

“I welcome the move to make face coverings mandatory, and I think that we all should be doing whatever we can to minimise risks to ourselves and others,” she added.