Dan was a ‘faithful friend’ to the parish of Banagher

Mr McGrellis was club chairperson from 1987 to 1990 and a long-standing committee member. 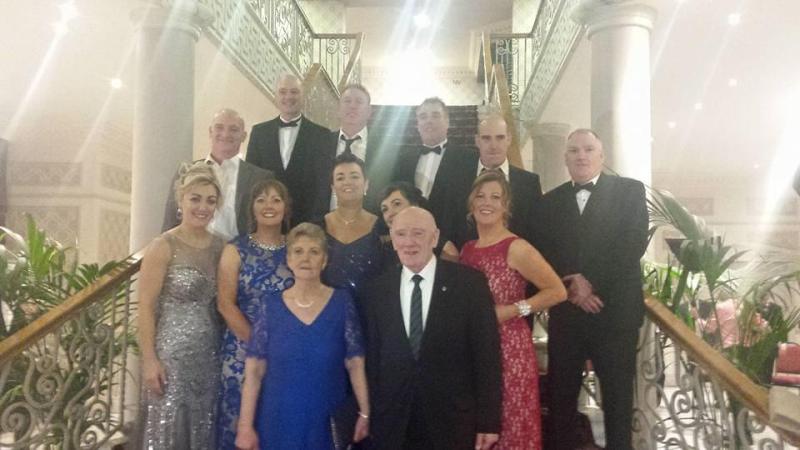 The parish of Banagher was last week reflecting on the loss of one of its central figures, who parish priest Fr Mícheál McGavigan described as ‘an inspiration to all’.

Dan McGrellis passed away peacefully at home, surrounded by his family and friends. He was a well-known and much-loved member of the community, parish and local GAA club.

At his funeral, Fr McGavigan paid tribute to a ‘good father, grandfather and great grandfather’.

“Dan was a remarkable man. He knew from a young age the importance of a father, losing his own father to cancer when he was only twelve,” he told mourners at St Joseph’s Church, Fincarn.

“He was the second of nine children, and took on a father’s role, moving to Scotland to work so money could be sent home for his mother and siblings.

“Such instinctive sacrifice and generosity, learned at a young age, was to be the mark of the man. Dan was to have very soon celebrated 70 years as a pioneer, the pin proudly worn on his lapel.

“He was far from a shrinking violet, though, and was a regular in the pub in his youth, enjoying a game of darts with friends. The soberest, but perhaps the most sociable of all his friends.

“The parish of Banagher has lost a faithful friend who was a companion to many people; work colleagues, extended family, GAA, pioneers and the community association to name but a few.

“He had a huge heart and had room for everyone, so of course we are sad, even though he lived a long and incredibly full life.” Dan and the rest of the St Mary's committee pictured at the opening of the new pitch in 1990.

The McGrellis family are steeped in the tradition of the club, and Dan’s seven sons wore maroon ties at his funeral in a nod to their father’s deep affection for St Mary’s.

As well as his involvement with the GAA, Fr McGavigan told the congregation that Dan contributed greatly to parish and community life in Banagher.

“Parish and community were central to his life,” he said.

“He lobbied the council for a footpath from Feeny village to the chapel, ensuring access for the local primary school, and was an early member of Feeny Community Association.

“Helping to establish the parish bingo, he was involved in the renovation of the parish hall and ably served for many years as a sacristan in this church.” 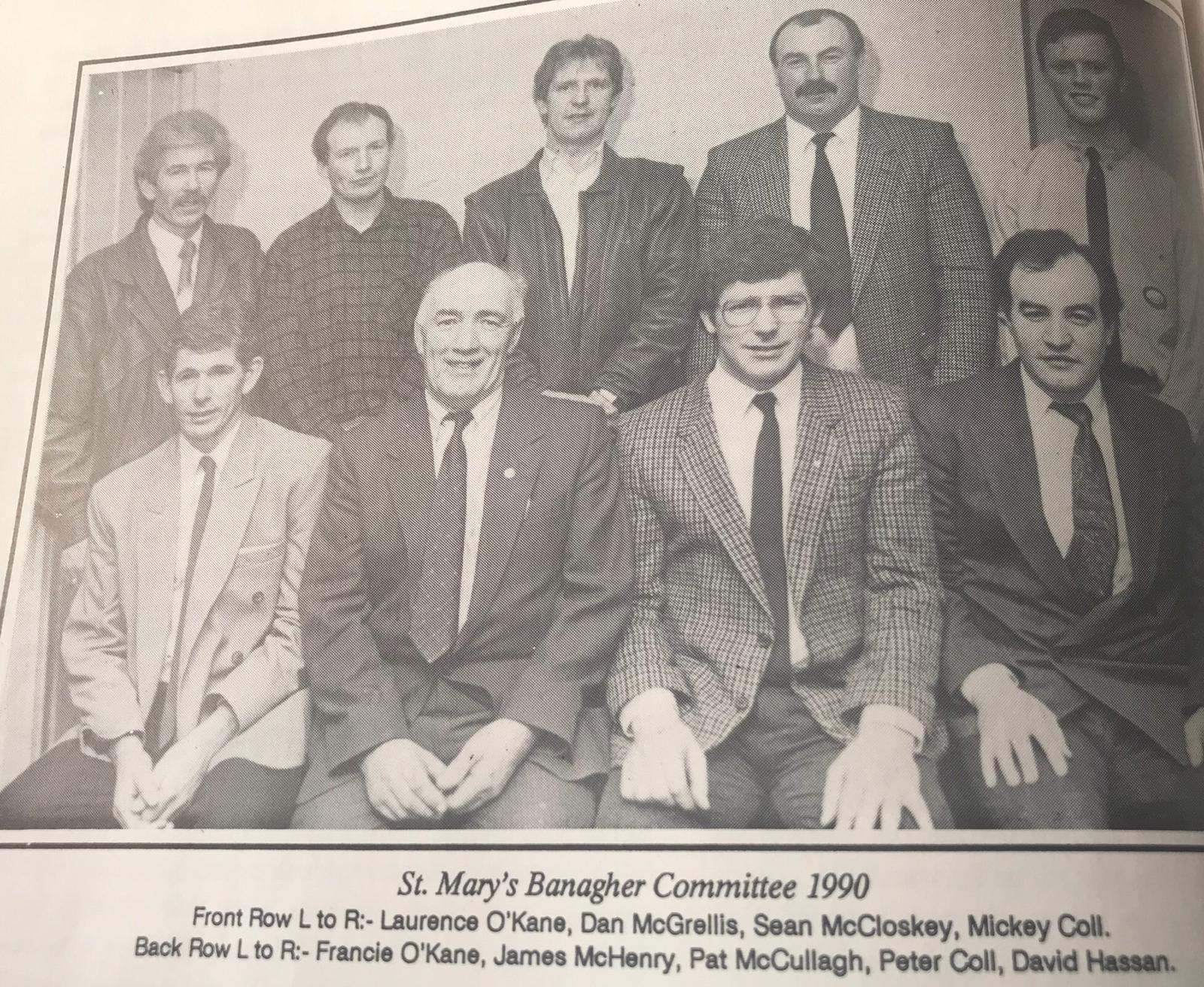 Dan’s most loyal commitment, though, was to his family and his wife Anne. Fr McGavigan told mourners how the couple encountered each other long before they were married.

“The story is told of how he, as a young boy, watched a christening pass his mother’s shop on the way to the chapel,” he said.

“The baby was a certain Anne Conway, who was brought here to be christened.

“He recalled how he wasn’t much interested in a baby at eight years old, but recounted how a neighbour remarked, ‘this could be the girl you marry’.

“Years later, they met again at a dance in Aghabrack and they soon married and settled down to begin a family. So began the McGrellis dynasty.

“Dan and Anne patiently, generously and faithfully raised their twelve children, instilling in them their own virtues of hard work, kindness, generosity, respect and good humour.”

“Dan was a powerhouse of prayer and work and an inspiration for all of the McGrellis family,” he said

“To his children, grandchildren and great grandchildren; be inspired today by the holy life and death of a good man, and see in his life the virtues you would like to see in your own.

“If you do this, Dan will live on in you and future generations. Woven into your sadness, there is a deep gratitude to God for all that this man has been to us.

“We are happy, because we know deep down that his life was complete and that he, in the end, was ready for God.”