DEATH OF JOHN HUME: Flags at government buildings in Dublin fly at half mast in honour of former SDLP leader

Tributes continue to be paid to Derry politician 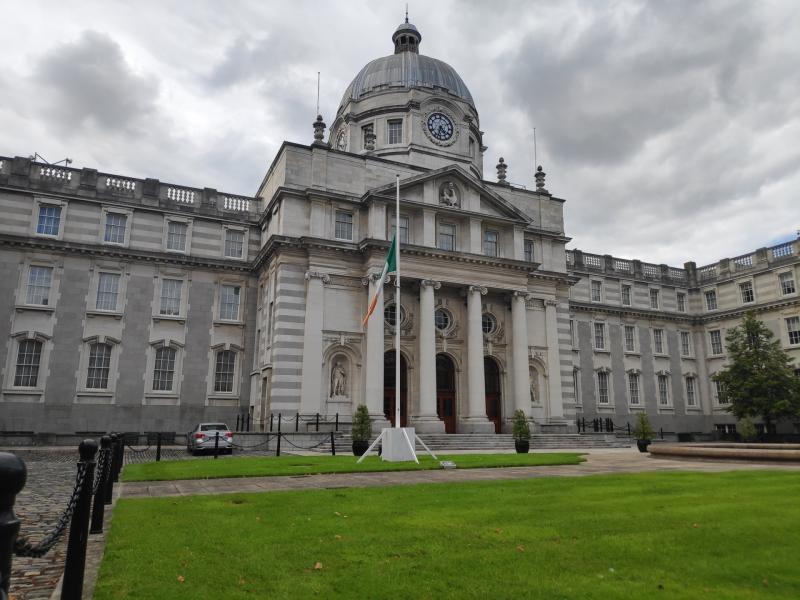 The tricolour is flying at half mast at government headquarters in Dublin.

Flags are today being flown at half mast at government buildings in the Republic in honour of John Hume.

The former SDLP leader and key architect of the Northern Ireland peace process passed away yesterday at the age of 83.

Tributes have poured in from around the world for the former Foyle MP who is regarded as one of the most important political figures in recent Irish history.

A spokesperson for the Irish Foreign Ministry said the tricolour was flying at half mast at Government Buildings and Iveagh House to mark the passing of Mr Hume.

The spokesperson said the Derryman was was 'rightly remembered across the world today as one of Ireland’s and Europe’s greatest political leaders and peacemakers'.

Mr Hume's remains will be brought from his home in Moville this evening to St Eugene's Cathedral in Derry from where he will be buried tomorrow.

His family have asked that people stay at home this evening because of public safety concerns in relation to the coronavirus pandemic.

Instead, people are being asked to light a candle at 9pm in Mr Hume's honour.