People given opportunity to pay tribute to Derry politician 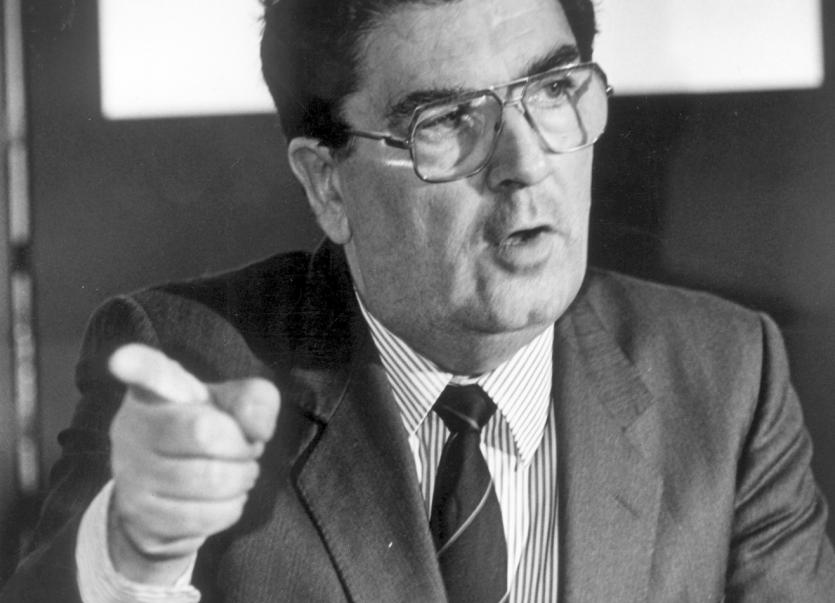 An online Book of Condolence has been opened in memory of John Hume.

The Book of Condolence can be signed here - https://bit.ly/39V2vgz

It has been organised by Derry City and Strabane District Council.

Derry's Mayor, Brian Tierney, paid tribute to the Nobel Laureate and former leader of the SDLP who died today aged 83.

“I have so many memories of John Hume and the enduring role he played in Irish politics over the years,” said the Mayor.

“It’s impossible to appreciate the full extent of John’s role in shaping the place we live in today.

"As a young man John fought against discrimination and injustice in his role at the forefront of the Civil Rights movement, lending a strong voice to the nationalist population.

"A natural leader, his charisma, his intellect and his great sense of optimism and faith fuelled his vocation to bring about a better future for those in greatest need.

“It’s fitting that John Hume was awarded three of the greatest accolades in the international campaign for Peace – the Martin Luther King Award, the Ghandi Peace Award and the Nobel Prize for Peace.

"He absolutely reviled the use of physical force, and was undaunted in his criticism of those who used it, advocating for peace through some of the most awful tragedies of the Troubles, despite the risk to his own life.

"His philosophy was always that politics was the alternative to war and he upheld that belief throughout his life."

Mayor Tierney said John Hume was a 'visionary, relentless in his pursuit of the future he wanted for the people of Derry and the people of this country'.

"He made many personal sacrifices along the way, but never lost sight of his ultimate ambition – an end to prejudice and a peaceful and prosperous society for all.

“I send my deepest heartfelt condolences today to John’s wife Pat and his family, who gave such unwavering support to John throughout both his political career, and later when he became ill.

"They perhaps have made the biggest sacrifice, allowing him the freedom to follow the difficult path to peace, despite the great personal cost.

“Today is a sad day for Derry, the North and all of Ireland. We have lost a champion, a leader and a proud son of Derry. His legacy will live on in all of us, and we all have a duty to celebrate and honour that legacy and do all we can to uphold John Hume’s vision of an enduring peace.”