DEATH OF JOHN HUME: His proudest achievement - the creation of Derry Credit Union

"It has raised their self-esteem and belief to levels where now they recognise that change can be affected because they have control over their affairs.” 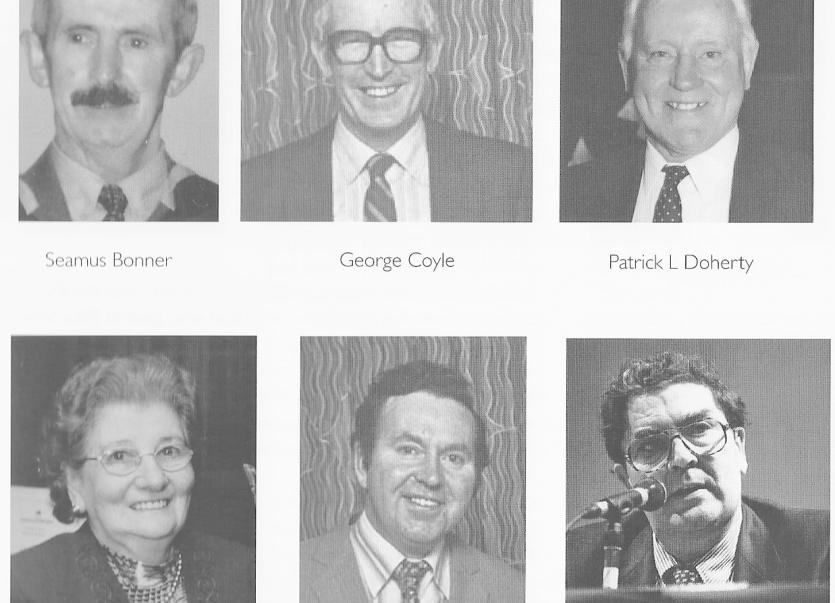 John Hume and the other founding members of Derry Credit Union.

John Hume often spoke of his pride in helping to set up Derry Credit Union.

Among all his many political achievements, it was the thing he was most proud of.

On Sunday, October 16, 1960, Mr Hume was one of six people who met at a house at Westland Street in Derry's Bogside area.

Out of that meeting came the establishment of Derry Credit Union.

Mr Hume was officially the second member of an organisations which now has more than 30,000 members and is key part of the city's economy.

“I have no doubt that in a very large measure, Derry Credit Union’s success was due to the dedication and perseverance of those early men and women; to their wisdom in realising that a business-like approach was needed to complement their enthusiasm, and thus their insistence from the start that proper rules be drawn up and rigorously observed.

“Their minds were young and keen and receptive, and they mused over the simple kernel of the concept, i.e. organising people who had a common bond, to gather their savings together, thus creating a source of loans for others in the group.”

“In the early days, we attracted support from groups of workers, including the dockers,” he said.

“As casual workers, they frequently experienced hardship on a regular basis. They gave us the use of the middle floor of their social centre, the Rossville Hall, as a collection centre.”

While the tangible benefits of those early years are evident, John Hume considered the impact to be much greater.

He later wrote: “Much more important has been the effect on the confidence and psyche of our people. It has raised their self-esteem and belief to levels where now they recognise that change can be affected because they have control over their affairs.”

In a statement today, a spokesperson for Derry Credit Union said: "It is with sadness that we note the passing of our founder member John Hume.

“The Board of Directors, Committees, Management and Staff of Derry Credit Union offer our heartfelt condolences to Pat and all the Hume family.