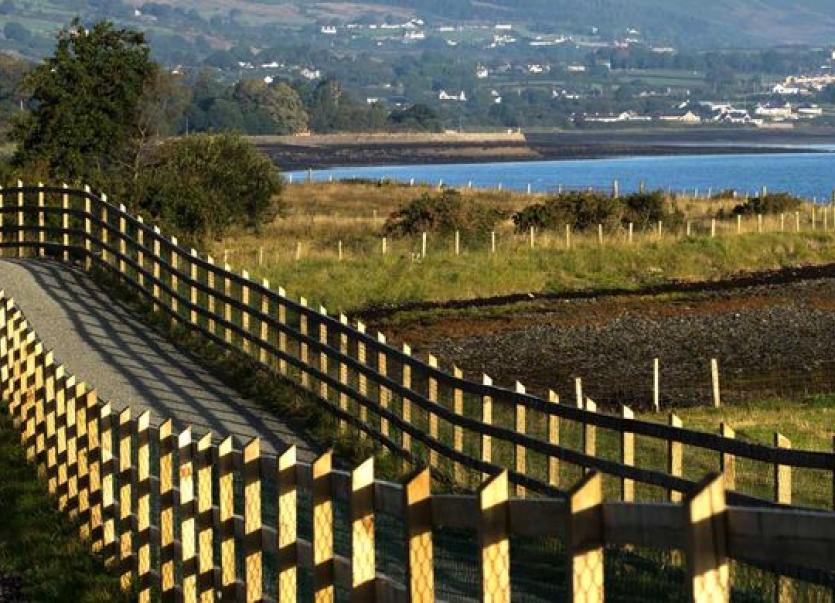 A greenway project in another part of the country

Donegal County Council has received confirmation from the Department of Transport Tourism and Sport (DTTaS) that an allocation of €340,000 has been made to advance three new greenway routes in the county.

They say that this will build on the excellent work already begun by the North West Greenway Network team in conjunction with Derry City & Strabane District Council, and will play a major role in the economic regeneration of the towns and villages along the routes, such as Carrigans, Castlefinn, Lifford, Clonmany, Ballyliffin, Carndonagh and Quigley's Point.

The specific allocations are as follows;

Carrigans to Castlefinn Greenway - Section: link between Castlefin and the Foyle Valley Greenway. Allocation for 2020/21 - €115,000.

With more people riding bikes and walking with the onset of the Covid pandemic, this type of infrastructure will also help to promote physical fitness, improve mental health and reduce our carbon emissions.

Donegal County Council is very proactive with its partners to address all of these issues and this funding will make it safer to cycle and walk in our county.

Going forward, the council will consider potential route options and will engage in a consultation process, similar to the process that is delivering the greenway connections from Buncrana to Derry and Muff to Derry respectively.

All these routes tie in with other strategic council projects, most notably the EU-funded Riverine and North West Greenway Network projects.

While all of Donegal’s applications to DTTaS were not successful, the council is currently progressing its greenway and cycling strategy, and central to this strategy will be the routes outlined above as well as the planning of greenways linking Ballybofey to Donegal town and Letterkenny to Burtonport.

It is proposed to bring this draft strategy before members later this year.

With national government committed to spending 10% of the total transport capital budget for cycling projects and an allocation of 10% of the total capital budget for pedestrian infrastructure, the council is optimistic that many of our countywide projects – including the Barnesmore Gap and Burtonport greenways – will be advanced in the coming years.