Police reviewing dashcam footage in an attempt to catch the culprits 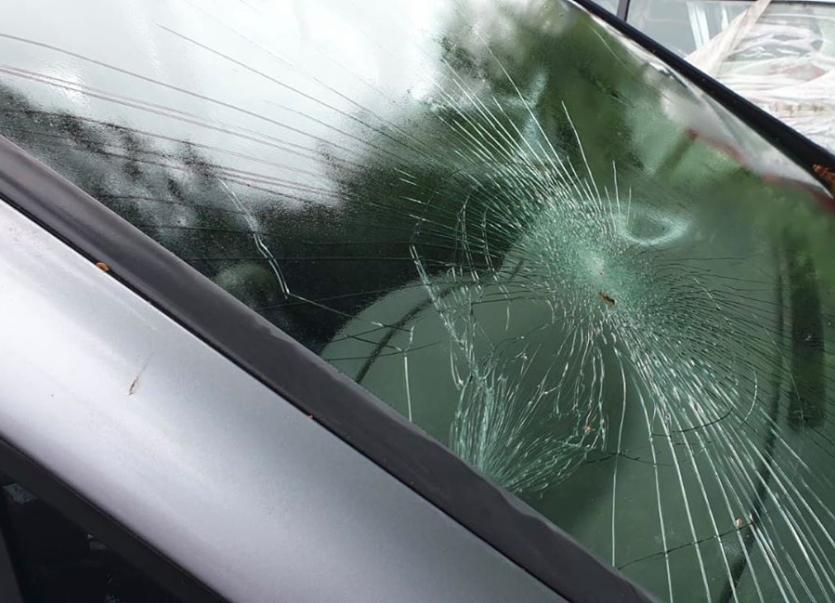 The windscreen of one of the cars that was hit yesterday morning.

Four vehicles have been damaged after being hit by missiles in Derry.

The attacks took place on the Madam's Bank Road in the early hours of yesterday morning.

The extent of the damage to the vehicles is not known.

However, a PSNI spokesperson said the attacks could have serious consequences.

"Even a small stone can cause significant damage to a vehicle windscreen and the consequences can be deadly for everyone - especially when talking about a heavy goods vehicle.

"We are working with the community to ensure the message gets through about how dangerous this behaviour is. We are also reviewing onboard recording equipment from the vehicles to identify those involved."