Monks amazed by the £20,000 they have received from the people of Derry for a new community centre in the city

New facility being opened in Galliagh 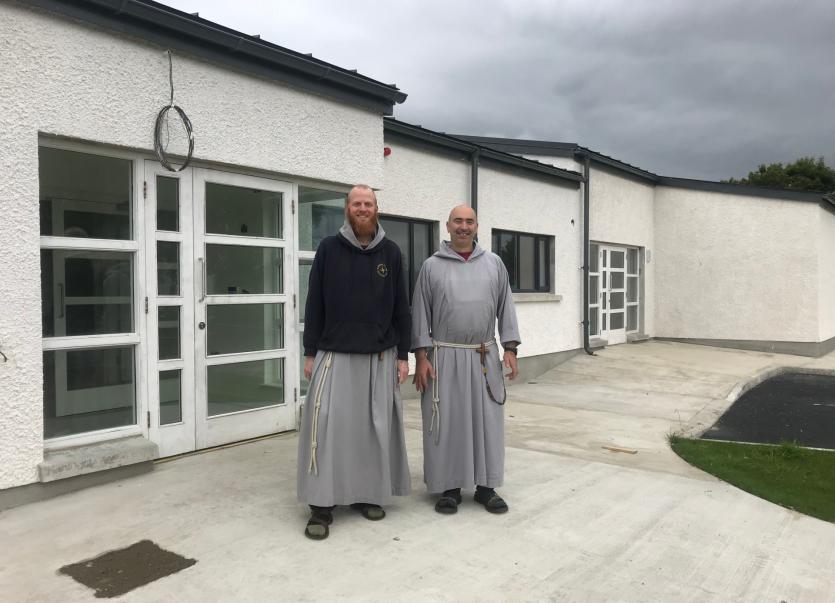 Two of the friars at the new centre.

The people of Derry have raised £20,000 for a new prayer and community centre in less than four weeks.

Galliagh's St Pio House will be run by the Franciscan Friars, who have been collecting donations through an online 'Go Fund Me' page, music events and a huge raffle.

Based at the former St Joseph's Parish Centre, it will be a place where the Friars can carry out their work and welcome the local community.

The extensive renovations have been funded by a number of benefactors, but the final £20,000 needed to complete the project was raised by the people of Derry in less than a month.

A team of volunteers have been going door to door across the city in recent weeks to collect money and explain the work of the centre, which will be opened on Wednesday, September 23, on the Feast Day of St Pio.

Speaking on the Derry Franciscan's Facebook page Fr Isaac Spinharney thanked everyone who helped them meet their fundraising goal.

"I want to thank every single person who donated to our Go Fund Me campaign over the last month, it was just actually four weeks, contributing to the near completion of this beautiful house.

"Thank you so much for your generosity, it's overwhelming and amazing.”

He continued: "Thank you also to our volunteers.

"We had a solid crew of five to 10 who went out six days a week for about three or four weeks.

"We are truly grateful we could not do it without you."

"We are going to be able to host retreats and have a Praise and Worship Centre and have different parish activities and community activities over the months and years."

Speaking to the Derry News last month, Fr Issac said the work of the new Apolistic Centre will be guided by the needs of the local community.

"In the 11 years that we have been here we have able to plug into the already existing groups and we have been so blessed to be a part of them.

"People have asked what sort of services will be available but we will see what needs present themselves.

"And we will continue to work with the organisations that we are already closely working with."