Paul and Varena Creelman, along with Phil Hegarty, were buried this afternoon. 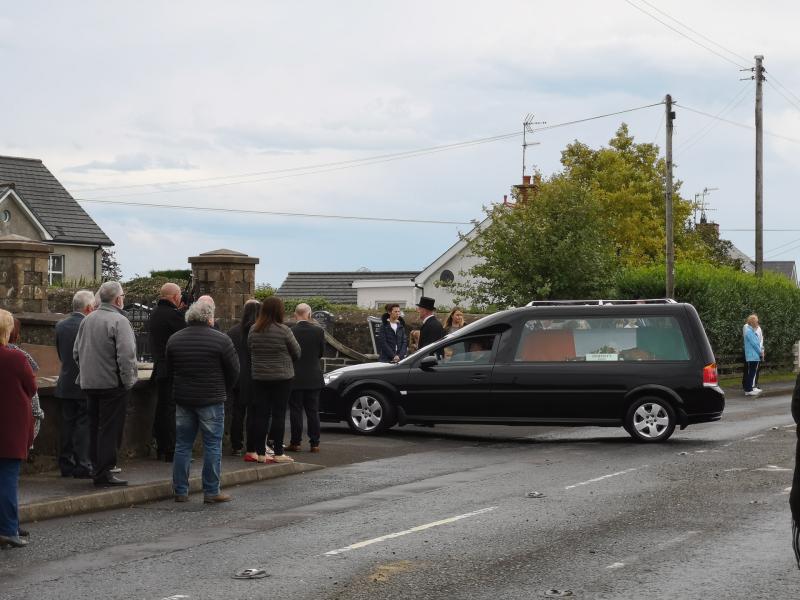 The County Derry town of Kilrea came to a standstill this afternoon as the funeral took place of three members of the same family who died in a car accident earlier this week.

Tributes were paid to husband and wife Paul and Varena Creelman and Varena’s brother, Philip Hegarty, who died in Monday’s incident.

“The deaths of Phil and Paul and Varena leave a gap that can never be filled, but one that is an indication of the depth of your love for them,” he said.

Fr Hegarty spoke of the feeling of being ‘cheated’ by their loss, family and friends having been denied further time with those they loved.

“There was a goodwill about Varena, a warmth and a kindness, and a laugh was never far away. I feel cheated, because in this life, I’ll never have that joy again,” he said.

“Paul was a strong big fella and was certainly no lightweight. He had an intellect and a searching mind.

“He had many opinions, but was not an opinionated man.He could accept the other side of an argument very rationally.

The congregation heard how Phil Hegarty, Varena’s brother, was ‘part of the furniture’ in the town.

“And then there is Phil, or ‘’Scobie’ as he’s been known for as long as I can remember. As a kid, he used to imitate the Australian jockey Scobie Breasley up and down Coleraine Street,” said Fr Hegarty.

“Phil kept an interest in the sport over the course of his lifetime. He wasn’t married nor had his own kids, but he was a family man in every sense. I’m sure all his nephews and nieces would agree.

“Kilrea just won’t be the same without catching sight of them walking down the street. Coming home will be a lot less special because Paul, Varena and Phil won’t be about.” 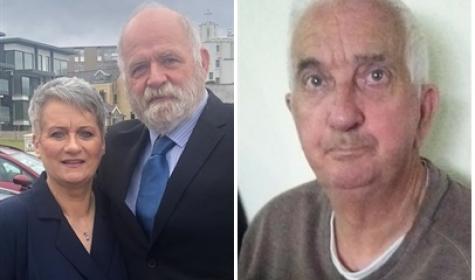 Fr Hegarty finished by asking those present to look for light in what will be a dark time.

“It brings us to one of the pivotal truths of our faith, that the darkness of Good Friday gave way to the irrepressible brightness of Easter Sunday. We have to hope that in some way this will happen too for us,” he said.

“It was nice yesterday, after a whole lifetime, to find out how Phil got his nickname, and he got it from somebody whose job it was to get across the finish line.