Mid Ulster District Council say inclusion in their directory is 'not an endorsement'. 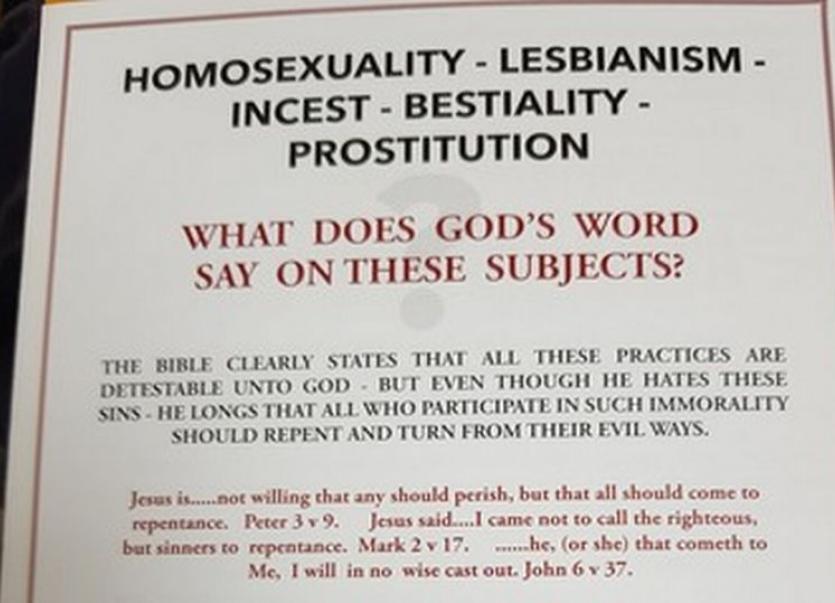 Mid Ulster Christian Helpline is listed in the Council's directory as a 'prayer line' and last month distributed literature in the Magherafelt area branding homosexuality 'detestable onto God'.

The leaflet also called on those 'who participate in such immorality' to 'repent and turn from their evil ways' and included contact details for people to get in touch.

Independent councillors Dan Kerr and Barry Monteith have also written to council management to ask that the listing be removed because it may promote conversion therapy.

The incident is under investigation by the PSNI.

A spokesperson for the council said the directory listings had been 'temporarily removed'.

"The online directory offers local business and services a listing opportunity and any inclusion should not be considered as an endorsement by the Council for any goods or services provided by any organisation," they said.

"However, given the issue which has now arisen, the directory section where community and voluntary organisations have registered their details, has been temporarily removed to allow us to undertake a review of the provision of the service in line with our equality commitments, and to take advice as required."