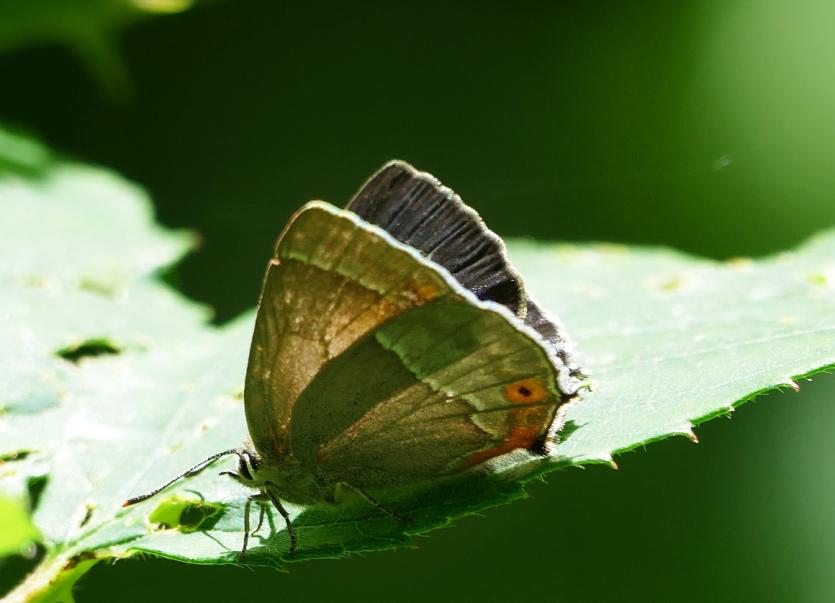 A rarely-seen butterfly, the purple hairstreak, has been recorded in the Faughan Valley, in woodlands managed by The Woodland Trust Northern Ireland.

The conservation charity uses transects to investigate changes in habitats rather than to simply estimate the number of organisms within it.

Pam Hardeman, who volunteers for The Woodland Trust, has been leading the butterfly transects for over a year.

Pam’s recent survey was met with much excitement in the Woodland Trust Northern Ireland team as she found the elusive butterfly, the purple hairstreak, and was able to record its sighting.

Pam, who found the rare butterfly right at the end of her weekly survey, said: “I was over the moon to find a purple hairstreak.

"I was actually photographing a speckled wood that had landed close by when it flew in and landed on a bramble leaf.

"It was quite a breezy but sunny afternoon so perhaps it was sheltering! I found it at the entrance to Killaloo woods right at end of my survey and I was so excited to find it.”

Tributes flow in following the death of John Hume

If Derry can replicate in the city what Coleraine have acheived, it will be a major step (Pic: Mary K Burke)

Sideline View: Making your own tradition

Steelstown romp to victory over Glenullin

Lisa McGee: "There would be no Derry Girls without John Hume because I wouldn't have had the opportunities that I had."