Writer has been in touch with Garry Crothers about a screenplay 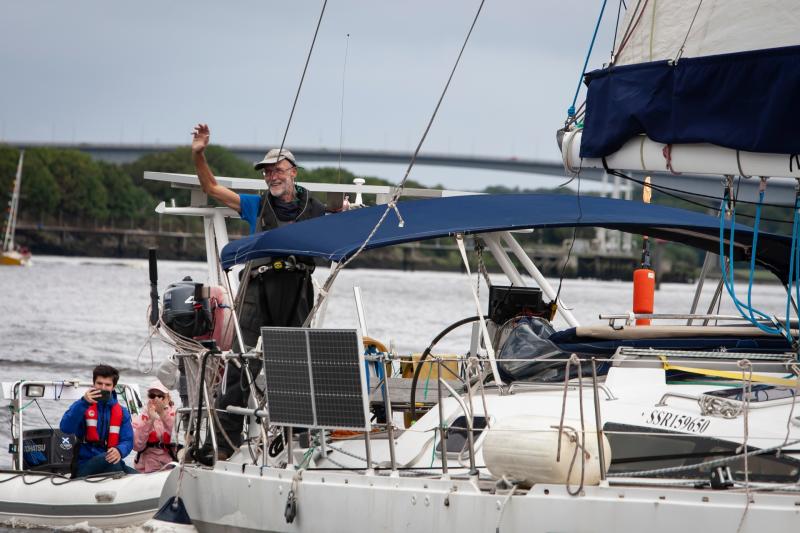 Garry Crothers sails up the River Foyle earlier this month after completing his journey across the Atlantic.

The story of a one-armed Derry sailor's epic journey across the Atlantic could be turned into a film.

Garry Crothers recently arrived home after a 37-day journey across the vast ocean.

The Culmore man had found himself thousands of miles away in the Caribbean at the start of lockdown.

He had to make a decision - stay with boat in the Caribbean as the hurricane season approached or make the long journey home.

He chose the latter and took the difficult decision to sail solo across the Atlantic on his yacht 'Kind of Blue'.

It was an even more remarkable feat given the local man's disability.

Garry lost the use of his left arm in a serious accident in 2009.

He eventually made it home at the start of July and received a hero's welcome as he sailed up the River Foyle.

Now, it has emerged that a US writer has been in touch with the local man with an interest in turning his adventure into a film.

Garry said the California-based writer was interested in writing a screenplay about his journey.

During an interview on The John Toal Show on Radio Ulster on Saturday, Garry said he realised the significance of the journey he had made but added that it was a fairly smooth trip.

He said he had spent the past few weeks catching up on sleep following his journey across the Atllantic.

However, he also said that he had been back out on his boat and relished the opportunity to resume sailing.

Garry is vice-chair of Foyle Sailability, an organisation which provides sailing opportunities for people with disabilities.