Councillor appeals for more action to tackle the problem 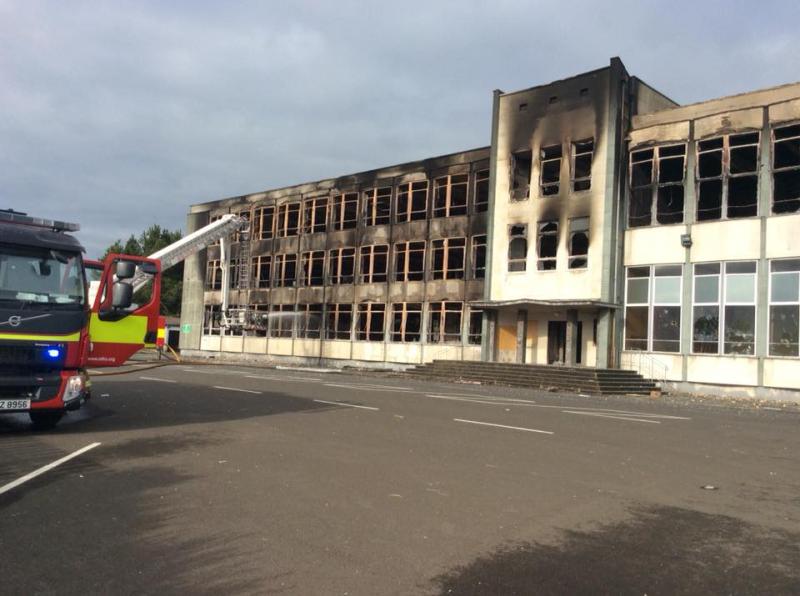 The main building on the site was destroyed in a fire last year.

A local councillor is concerned at the large number of young people gathering at a former school site in Derry.

Cllr Cusack said: "This is a large site which unfortunately is very easily accessed.

"It is due to be the site for the new Ardnashee school with an estimated date of Spring 2021 for the works to commence.

"We all know what happened with the old building when it had to be demolished last year following an arson attack and it seems the site has again become a magnet for anti social behaviour."

Cllr Cusack said that in recent weeks local residents have reported large numbers of youths trying to access the site with drink.

"They have set up palettes for seating within the trees at the periphery of the site and can be heard partying into the early hours causing sleepless nights for the residents.

"The PSNI and the Council Community Safety Wardens have been in attendance and have witnessed evidence of drug taking also.

"This latest incident, which we all feared shows how these gatherings can escalate and get out of control engendering both themselves, others and surrounding property.

"I have been speaking with the authorities and directly with the Education Authority at the end of last week who had committed to removing materials and investigate private security to monitor the private site.

"Meanwhile, I would ask parents and the public to play their part and either talk to your child about this area or report any trespass you see.

"While the obvious activities of underage drinking, drugs and now arson are very worrying we cannot forget the silent killer of Covid being transmitted when unmonitored crowds gather. Anyone with any information please get in touch."