St Brigid's Mayogall are focusing on getting children ready to learn. 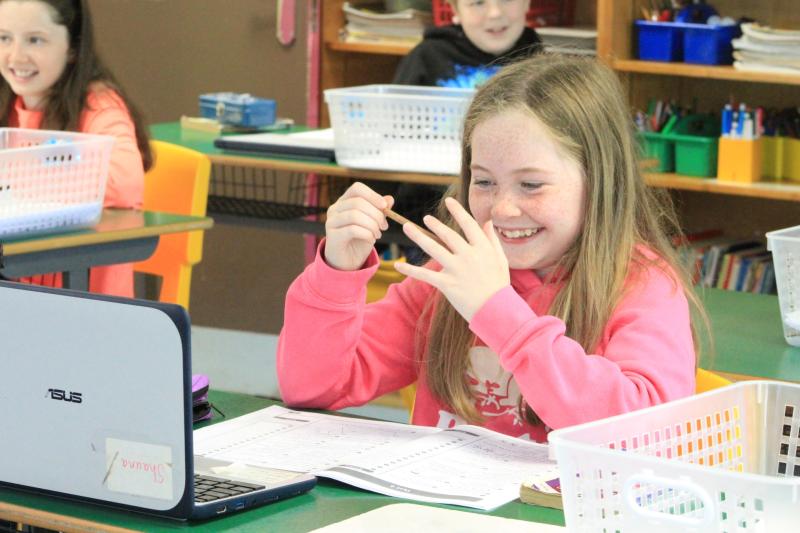 Molly gets to grips with some mental maths.

The principal of a County Derry primary school says the school are prioritising the children’s personal development at their summer school.

St Brigid’s PS, Mayogall, currently have 80 pupils enrolled, with a waiting list of parents craving routine for their children.

Principal, Mary O’Kane, told the County Derry Post that the summer school was placing a big focus on the mental well-being of their pupils.

“The thing children missed most was actually the socialisation with their friends and it was their mental health, rather than academics, which was more important,” she said.

“They are doing literacy and numeracy, but the big focus is on their self-esteem and mental health to get them to come to terms with this.

“We did an attitudinal survey at the beginning with all the children and we’ll repeat it at the end to see how they are actually feeling about the pandemic.

“It’s amazing how they are picking up on adult fears, but their next thought is a childhood thought. They push it to the side and think of something positive.

“They are fearful of things like a scarcity of essential items in shops, things that we wouldn’t have thought would impact on them.

“Staff are working very much on coronavirus and dealing with the facts behind it and how to stop the spread – good hygiene, hand washing, social distancing.” 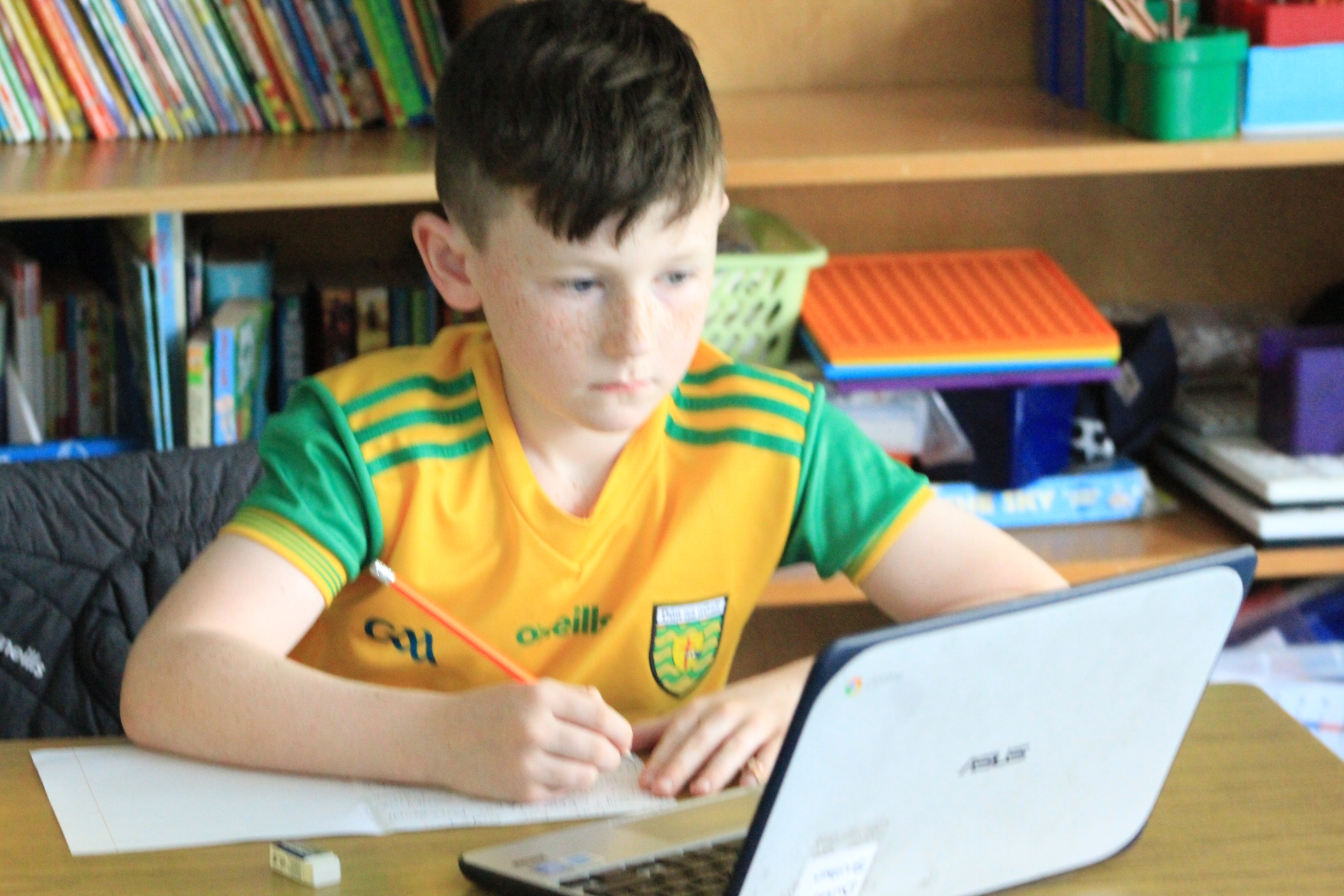 Being on site throughout the summer months is not a new phenomenon for pupils or staff at St Brigid’s, as the school would usually run a summer scheme during the holidays.

“We would always have run a summer school on our own anyway, particularly for children with autism,” said Mrs O’Kane.

“Children on the autistic spectrum need routine, and may have got unsettled over the long summer, so we would always have run that summer school in St Brigid’s anyway.

“We could do it this year, with Covid, but then this opportunity came up to run the summer school, so we took it on board.

“It’s great that the staff have volunteered, because school is opening earlier this year. Some classes are starting back on August 24, so it’s a shortened summer for them.

“They still volunteered to do this because they saw its importance for children.”

The summer school has given pupils and staff a glimpse into what school life will be like when it returns in September.

Mrs O’Kane said the summer classes would be useful in helping children to ease themselves into a new way of learning.

“Knowing about social distancing is one thing when you’re eight years of age, but actually seeing it in place is very different,” she said.

“The children have remarked on the difference - their expectation was that they would come in and sit beside their friends.

“They’re asking if school is going to be like this when they come back, and yes, unfortunately, it is.

“For the children to see how their school is going to look when the new term begins is a big shock for them.”

The pandemic is also giving rise to some timely opportunities for adding context to the children’s learning.

“There is a lot of work in maths on ‘what is a metre?’ too, so it’s been useful for that,” joked Mrs O’Kane.

“Many schools are saying there will have to be a revision for all Term Three work anyway, so teachers will have to see where the starting point is when we come back.

“Getting the children to feel safe and happy will be the first thing though, because if you aren’t happy, you won’t learn.”