Police are appealing for information after the incident on Sunday evening. 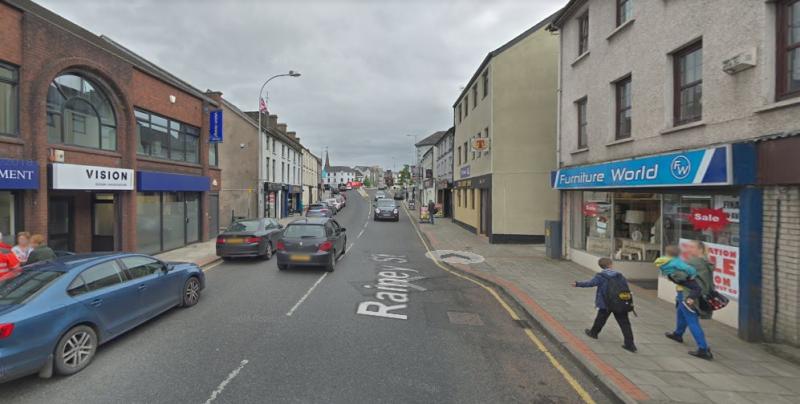 Police have issued an appeal for information after reports of an armed robbery in the Rainey Street area of Magherafelt.

The incident happened on Sunday evening in the town and a 27-year-old woman has been arrested.

A PSNI spokesperson said: "Detectives are appealing for information following the report of an armed robbery at a shop in Rainey Street, Magherafelt, on Sunday 19th July.

"It was reported that shortly before 10.20pm on Sunday evening, a woman armed with a knife approached the counter and demanded money.

"A sum of money was handed over and the woman then left on foot in the direction of the Tobermore Road. Two staff members were on duty at the time and whilst not physically injured, both were left in shock following the incident.

"The woman was described as being approximately 5'6" tall, of heavy build with dark hair. She was wearing dark coloured leggings, white trainers and a black hooded top with the hood pulled up. She was also wearing a red face mask.

"As a result of follow up enquiries, a 27 year old woman was arrested on suspicion of a number of offences, including robbery and possession of an offensive weapon. The woman remains in custody at this time assisting with police enquiries."

Anyone with any information about this incident or who may be able to help with the investigation, is asked to call detectives at Cookstown on the non-emergency number 101 quoting reference number 1947 19/07/20, or submit a report online using the non-emergency reporting form via http://www.psni.police.uk/ makeareport/. You can also contact Crimestoppers anonymously on 0800 555 111 or online at http://crimestoppers-uk.org/.