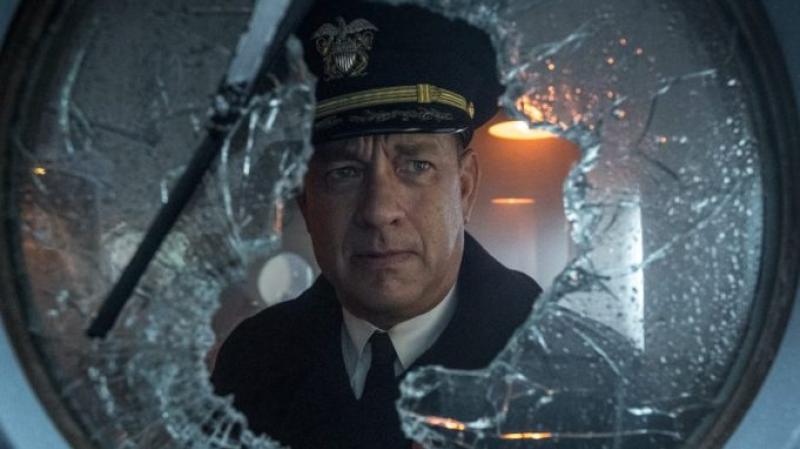 A scene from the new Greyhound movie.

Greyhound tells the story of a US Navy Commander on his first war-time assignment in command of a group of vessels defending a merchant ship convoy crossing the Atlantic.

The convoy's destination is Liverpool, a city which also played a key role in the war.

The film was released this week on Apple TV and Derry gets a number of mentions in it.

This is being seen as recognition of the importance of Derry to the allied forces during the war.

Its importance increased massively after the US entered the conflict.

As Derry was the first major port in Europe for ships travelling from America, it was seen as a vital location.

Thousands of US soldiers were based in Derry during the war, living in several camps built in the city.

During World War 2, Germany deployed a large number of submarines into the Atlantic to disrupt convoys of supply ships travelling between the US and Britain.

Although the US convoys were protected by shore-based military aircraft when sailing near the shore, most of the voyage was in the Mid-Atlantic area, known as 'the Black Pit' beyond the range of Allied air support, where the only protection for the convoy were the assigned naval escorts.

In Greyhound, Tom Hanks's character, Commander Ernest Krause, is in charge of the operation to escort a convoy of 37 Allied ships headed to Liverpool.

Greyhound was initially scheduled to be released in cinemas in June but was delayed due to the COVID-19 pandemic.

The distribution rights were then sold to Apple TV which released the film digitally last weekend.