Derry's former Mayor hands over £14,000 to two charities she supported during her year in office 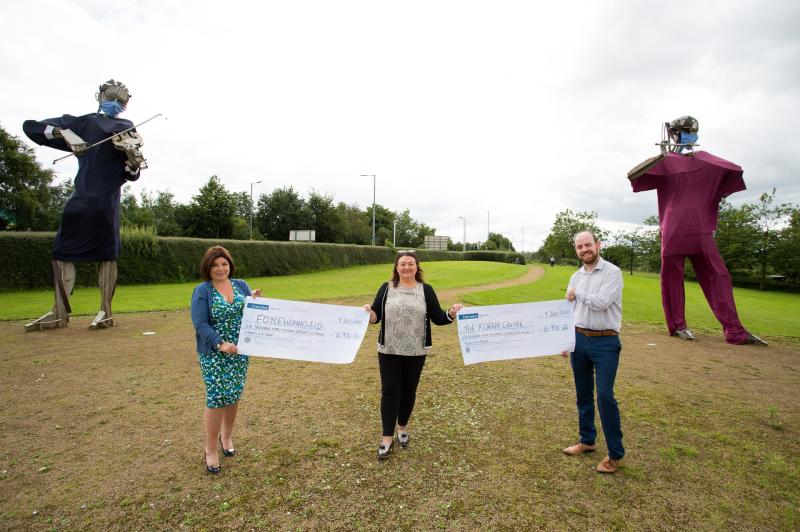 Michaela Boyle hands over the money to the two charities.

Former Mayor of Derry City and Strabane District Council, Councillor Michaela Boyle, has presented each of her Mayor's charities with a cheque for £6,976.36 – bringing the total amount raised to £13,952.72.

Cllr Boyle, who handed the Mayoral chain over to Cllr Brian Tierney at the start of June, chose the Koram Centre and Foyle Women's Aid as her Mayoral charities for her year as First Citizen.

The Koram Centre offers a professional counselling, psychotherapy and psychosocial support service in Strabane and the surrounding areas.

Foyle Women's Aid is a charity based in Derry which focuses on eliminating domestic abuse and sexual violence through raising awareness and offering preventive educational advice and support across the Derry/Londonderry, Strabane, Limavady and Dungiven areas.

Cllr Boyle said she was delighted with the sum raised for two worthy causes and thanked all who donated.