Concert from Derry's Guildhall to be broadcast around the world tonight

Saint Sister to perform as part of Other Voices project 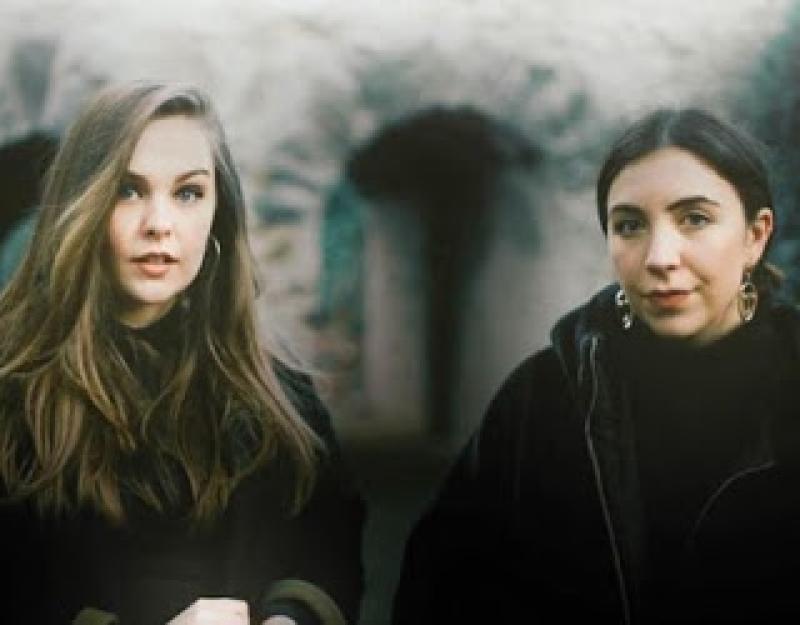 Saint Sister will perform in the Guildhall this evening.

A special concert in Derry's Guildhall this evening will be broadcast across the world.

Acclaimed duo Saint Sister will be performing as part of the Other Voices series.

The electro folk duo - comprising Derry's own Gemma Doherty and Belfast-native Morgan MacIntyre - will be joined by members of the ‘New Music’ collective Crash Ensemble.

It's part of the Other Voices 'Courage' project which is aimed at delivering performances during the coronavirus pandemic.

Saint Sister formed in 2014 in Dublin where Doherty was teaching harp and piano and Macintyre was working in a bookshop.

In 2018 their debut LP ‘Shape of Silence’ was nominated for the Choice Music Prize and the Northern Irish Music Prize.

Other Voices founder and director Philip King said: “We are delighted to present this second season of Other Voices Courage as part of the Government’s response to the COVID-19 pandemic.”

"This is about bringing people together through music, and recognising the essential and powerful contribution that artists continue to make to our lives. We are inspired by the response here in Ireland and globally to the first season of Other Voices Courage, and our artists and crews have helped to bring beauty, solace, strength and a sense of belonging to people at this time of national and global crisis."