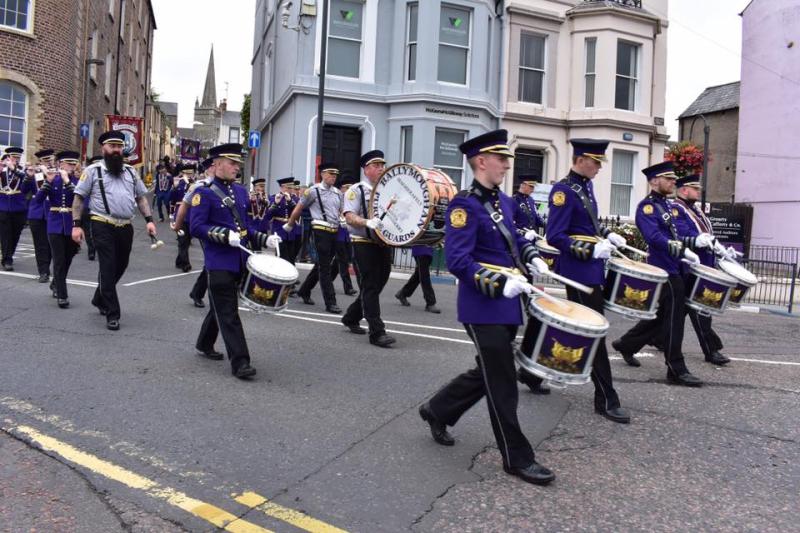 Thirteen flute bands will take part in parades on Monday to mark the Twelfth, despite concerns over safety amid the Covid-19 pandemic.

There will be no official Orange Order parades after the organisation announced their cancellation earlier this year.

Grand Secretary of the Orange Order, Mervyn Gibson, urged people to stay at home, while the Order have launched a ‘Twelfth at Home’ campaign to urge people to celebrate safely.

“This year the Twelfth is about everyone’s health. You have to understand why we cancelled the parades. Parades attract large crowds,” he said.

“Bandsmen will simply be going into a village or an estate or a street and playing some music.

“We would be saying to everyone to stay at your door, stay in your garden, listen to them and enjoy, but if you see a band, please don’t follow them.”

Two separate bands will parade in Coleraine, Castledawson and Macosquin, but none will take place simultaneously.

Numbers of participants have been capped at 30, with ten of the thirteen bands applying for the maximum amount, while all but one list the number of planned supporters as 0.

The exception is in Magherafelt, where the Ballymoughan Purple Guards Flute Band have specified an ‘unknown’ number of supporters will be attending the parade.

Maghera Sons of William Flute Band said no members of their local Orange Lodge would be parading with the band.

“No members of MSOW LOL209 will be on parade with the band,” they said in a post on their Facebook page.

“Social distancing protocol will be followed, and we ask members of the public not to gather around the area of the Orange Hall.

“The route is the longest we can do, taking in the majority of the town. We encourage you to stay in your gardens and enjoy the time with your family as the band passes by.”

The Ulster Bands Forum, an online platform for marching bands, have issued a plea for supporters to protect themselves and the bands.

“Bands are going to a lot of effort for you, please afford them the same respect and support,” they said.

“Don't follow the band, they will make every effort to come to you. Do not travel outside your local area to see bands.

“If you need to use a car to see your local band, stay inside and park safely. Observe social distancing measures at all times. Don't invite all and sundry to your garden.

“Let's hold our heads high after this and be able to say we respected and observed our culture whilst staying within the law,” the statement concluded.

Mid Ulster District Councillor Paul McLean said the bands have made it clear that everyone should obey safety guidelines.

"The DUP group on Mid Ulster Council believe bands that have organised such events are clear that they wish everyone to abide by the social distancing regulations and guidelines," he said.

"They will bring the Twelfth to the community who they ask remain in their homes and gardens and not to  participate in the parade. I welcome the bands’ commitment to celebrate proudly and safely and I would ask everyone to do as they have asked.

"Abiding by the regulations and guidelines ensures our friends, our familIes and our neighbours are protected and demonstrates the ongoing commitment to our NHS."