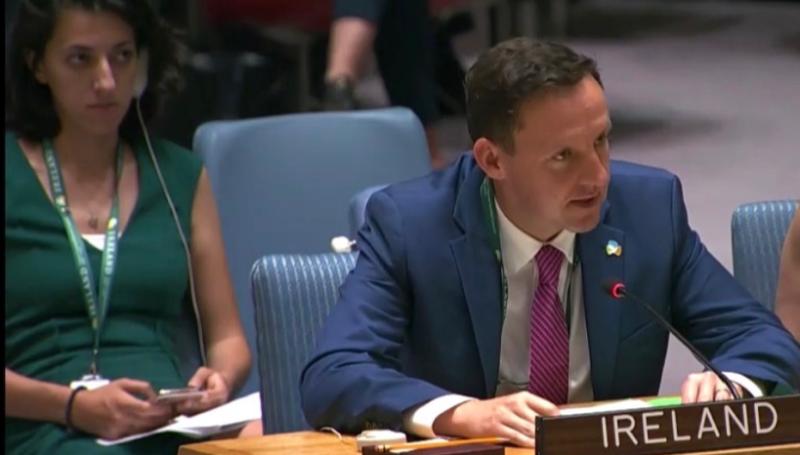 Katerina Karakatsanis (left) pictured in her role at the United Nations.

Katerina Karakatsanis worked on the communications team for Ireland's recent campaign, one of the most sought after jobs in the very competitive world of international affairs.

She grew up in Boston but moved to Derry when she was 14 and completed her GCSEs and A-Levels at Lumen Christi College.

Katarina is the daughter of Derry woman Ann Karakatsanis (nee Mullan) and has a large extended family in the city.

Her father, Pantelis Karakatsanis, is from Kalymnos in Greece.

The UN Security Council is charged with ensuring international peace and recommends the admission of new members to the General Assembly.

This is only the third time in its 75-year history that Ireland has won a seat.

Kateria completed her A-Levels at Lumen Christi in 2010 before going on to study political science at McGill University in Canada.

She went on to obtain her Masters in conflict resolution at King’s College London where her dissertation focussed on the effect the memory of the Troubles had on young people living in Derry.

Before moving to New York, Katerina also lived and worked in London and Kosovo.

Her work for Ireland on communications during the UN Security Council campaign saw her write daily social media posts and create content to show Ireland’s work at the UN.

According to those involved in it, Ireland's campaign aimed to show the country's values of empathy, independence and partnership with other member state countries.