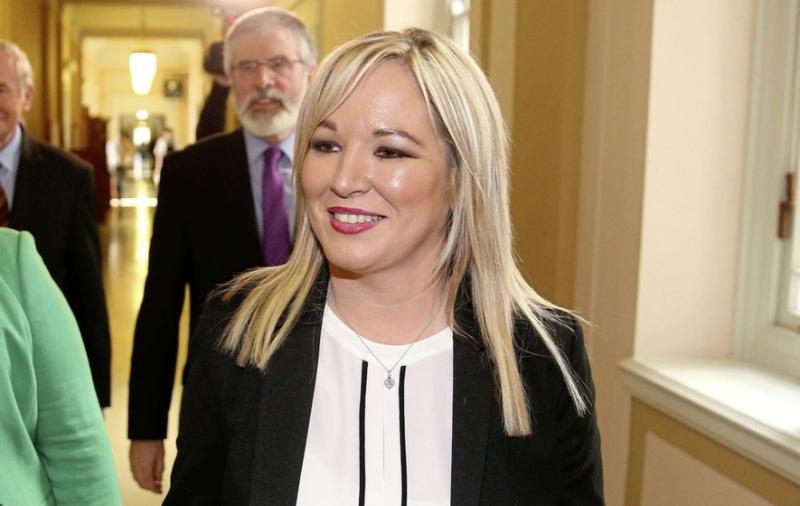 SDLP leader Colum Eastwood has called on Deputy First Minister Michelle O'Neill to resign over the controversy surrounding the funeral of Bobby Storey.

The Sinn Fein deputy leader was among a number of leading figures from the party who attended the Belfast republican's funeral on Tuesday.

It has been claimed that the large numbers of people who gathered for the funeral broke the guidance in relation to funerals and gatherings during the coronavirus pandemic.

Speaking at a Stormont committee yesterday, Ms O'Neill defended her decision to attend the funeral.

However, there have been calls for her to step down.

Mr Eastwood today added his voice to the calls for her to resign.

Speaking on the Nolan Show on the BBC this morning, the Foyle MP said Ms O'Neill 'absolutely should go' and refer herself to the Standards Authority at the Northern Ireland Assembly.

He said that he would stand aside if he had acted in a similar way.

Mr Eastwood said many people who had been unable to attend the funerals of loved ones during the pandemic restrictions had been hurt by her actions and those of her colleagues in Sinn Fein.

Current government guidance states that funerals should be private and up to a maximum of 30 people.

This figure does not include funeral directors or other people needed to officiate at the service, such as faith/pastoral representatives, grave diggers and so on.

It can include members of the person’s household, close family members.

If the deceased has neither household nor family members in attendance, then it is possible for a modest number of friends to be there.

Social distancing must be practised at all times, which means numbers attending funerals may be restricted further in smaller enclosed places.