Futuristic building to be constructed despite a dispute over planning permission 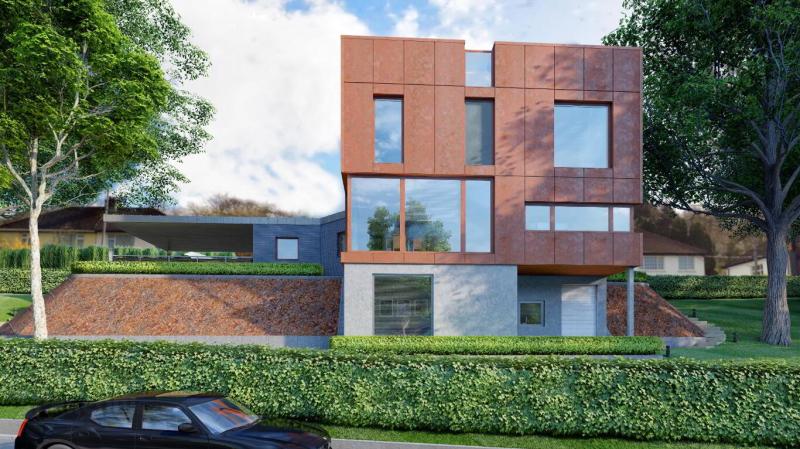 Derry looks set to get its first ever 'passive' house.

Despite not yet being built, the futuristic eco-house, which is called 'The Qube', has gone up for sale in the Prehen area of the Waterside with a price tag of £595,000.

The five-bedroom property called 'The Qube' will be built on land beside the Everglades Hotel.

It has been advertised as one of Northern Ireland's only 'passive' houses, which means it will use very little energy and leave a small ecological footprint.

The three-story dwelling will also be a 'smart home' and the lights, heating and blinds can all be operated from a tablet or smartphone. 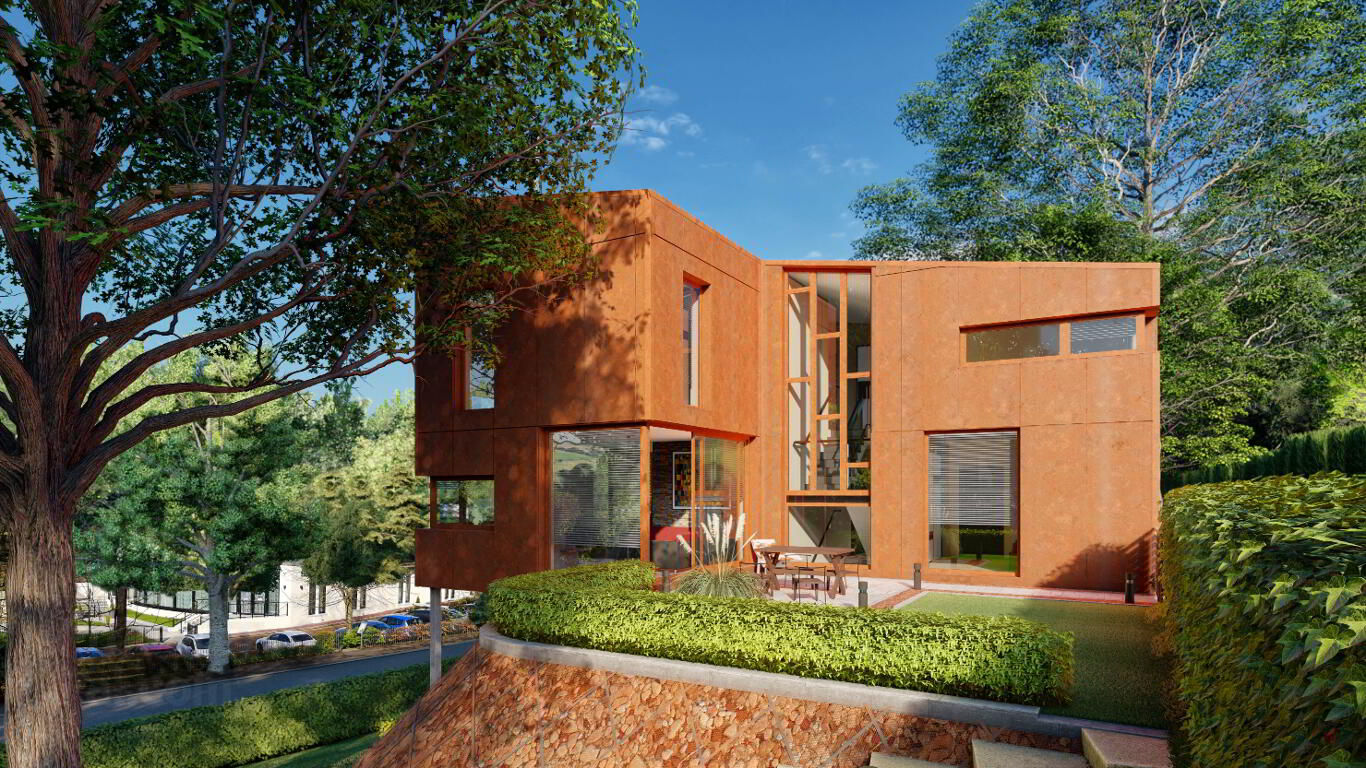 The 2,500 sq ft building will be located on a triangular piece of land at the junction of Prehen Road and Hazelwood Avenue.

This heavily-wooded area is home to a number of mature trees which are  covered by a Tree Preservation Order (TPO).

Although work on the property is yet to begin, it has full planning permission.

However, the journey to obtaining this was not a smooth one.

In Northeern Ireland, local councils are responsible for most planning decisions.

Each council has planning officers who make recommendations about planning applications.

However, the Planning Committee, which is made up of councillors, has the option to reject these recommendations.

Council planners provided councillors with a detailed report which recommended that planning permission be refused for the building. 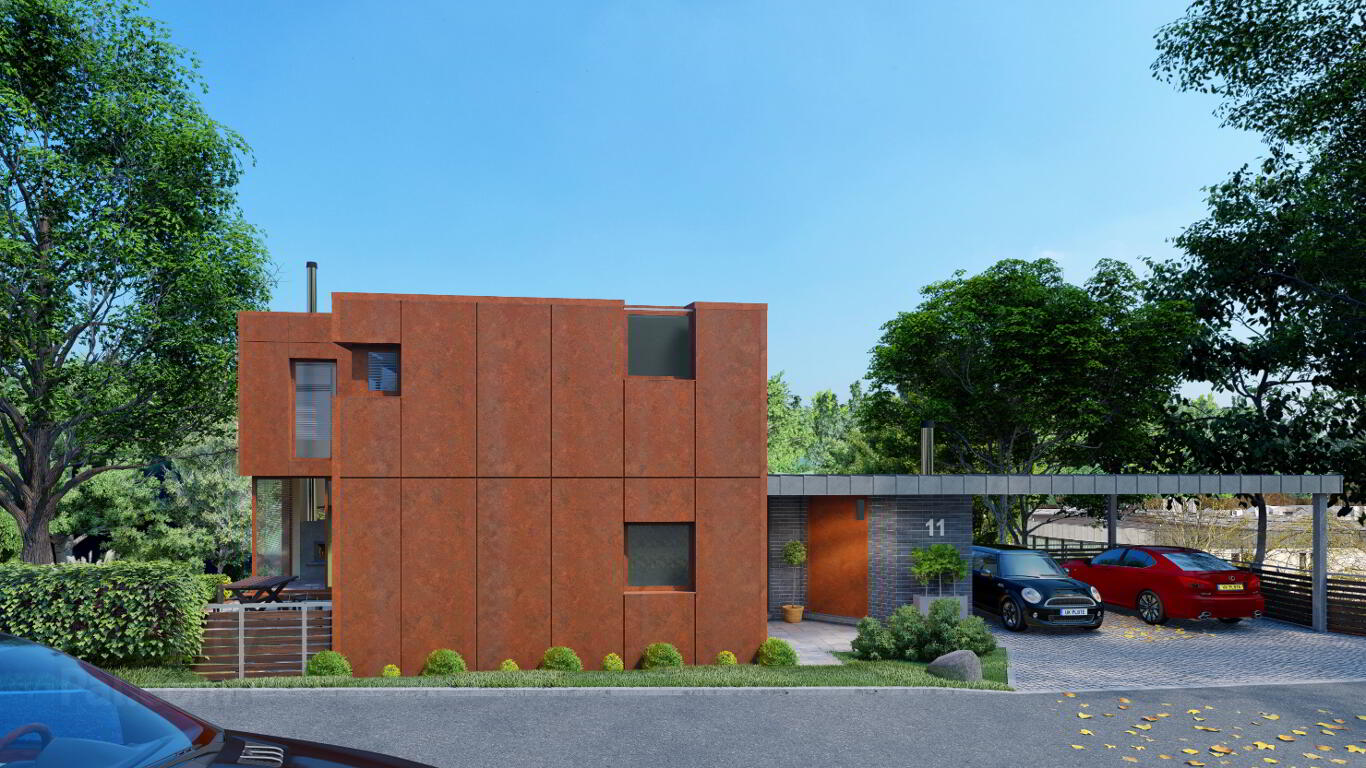 The meeting was also told that 19 letters of objection had been sent by local residents.

Among their concerns were the 'destruction of ancient woodland and mature trees' and the suggestion that the building 'is out of character and proportion with the existing neighbouring properties'.

The report said that if the building went ahead it would 'have adversely affected the character and environmental quality of the of the surrounding area through the loss of an important and well established urban woodland green space'.

Councillors agreed to defer the decision for a site visit, which took place on September 18 last year and which was attended by seven councillors.

On September 23, the Planning Committee voted not to accept the recommendation to refuse the planning application and agreed to reconsider it if further information on the Tree Protection Order was provided.

The council sent out additional notifications to all neighbours, objectors and supporters of the scheme in January this year and 16 more letters were received, with six in objection to the application and 10 in support.

The letters in support said the site was an eyesore and the owner of the proposed building would have a vested interest in maintaining it.

On March 4 this year, the Planning Committee met again and was told council planners had not changed their position that planning permission should be refused.

The Principal Planning Officer told elected members an Arboriculture Impact Assessment had been carried out which 'broadly agreed with the initial recommendation that there was insufficient evidence to demonstrate the proposed scheme would not have a detrimental impact on the Tree Preservation Order (TPO) site'.

DUP Alderman Hilary McClintock, who attended the site visit, told the meeting she did not believe the protected trees would be affected by the proposed building.

She proposed to overturn the decision of the planning officer and for approval to be granted subject to conditions provided by planners.

The proposal was seconded by SDLP councillor Angela Dobbins and was passed after seven votes for, three against and three abstentions.

On Friday, a spokesperson for Derry City and Strabane District Council confirmed that that an application for the Prehen building came before the Planning Committee in September 2019 with a recommendation to refuse as it would result in the loss of a valuable urban woodland green space and the applicant had failed to demonstrate that this dwelling would not have an adverse impact on existing trees.

"Whilst the officers presented an unaltered opinion to refuse, elected members voted to approved the application.”

The sale of The Qube, which was designed by architect Gerard McPeake, is being handled by McGuinness Fleck Estate Agents