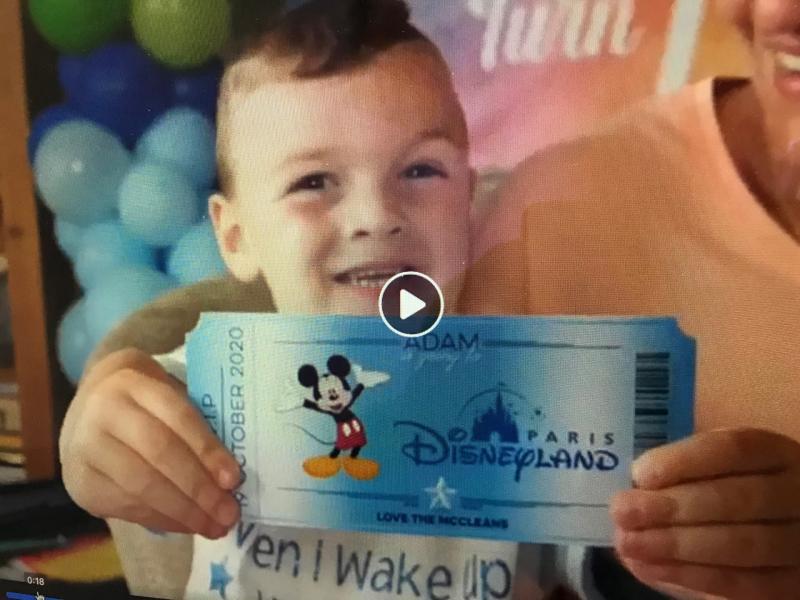 Adam and Aoife Burke's daddy, Thomas, died in April of a heart attack at the age of only 29.

Despite the ongoing heartbreak, the twins's mother, Bronagh, was determined that their 4th birthday today would be a special day.

Several weeks ago, an appeal was launched for people to send birthday cards to the twins.

The appeal was a huge success and when Adam and Aoife woke up this morning, they had more than 3,000 cards to open.

Tucked away in the pile were cards from Stoke City footballer James McClean and his wife Erin.

When the twins opened the cards, they found tickets for a dream trip to Disneyland.

Bronagh thanked everyone who had taken the time to send the cards and said it meant so much to her and the twins.