Remembrance events being held this weekend 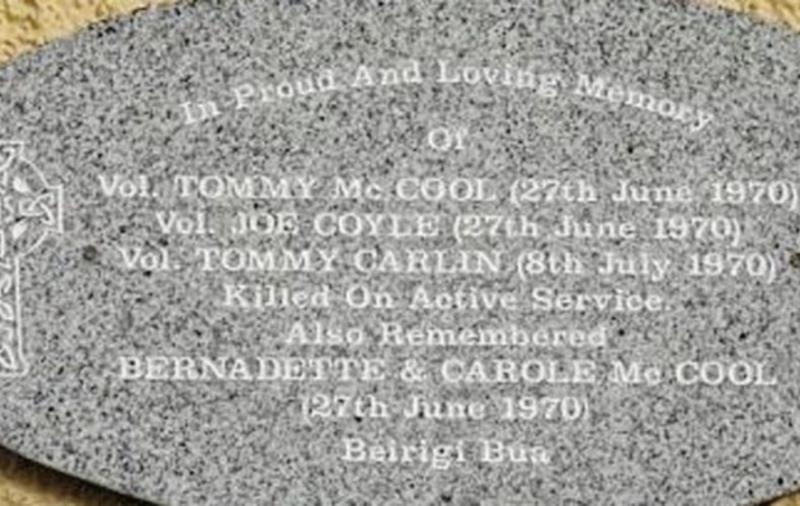 A video has been created to mark the 50th anniversary of a tragic incident in Derry 50 years ago.

Carol, were killed when a bomb the three men were making exploded at a house in Creggan.

The video has been created as part of a series of events being held this weekend to mark the annual Derry Volunteers Commemoration.

All the events will be held online because of the coronavirus pandemic.

The annual Book of Remembrance event will take place on Saturday at 3pm over Zoom when the names of republicans who have passed away in the city over the course of the last year will be added to the book.

This will be followed at 4pm by a day  of music on the Song of Rebellion - Live Facebook Page with a large line-up of acts.