Councillors ask for clarification on relationship with 'faceless' organisation 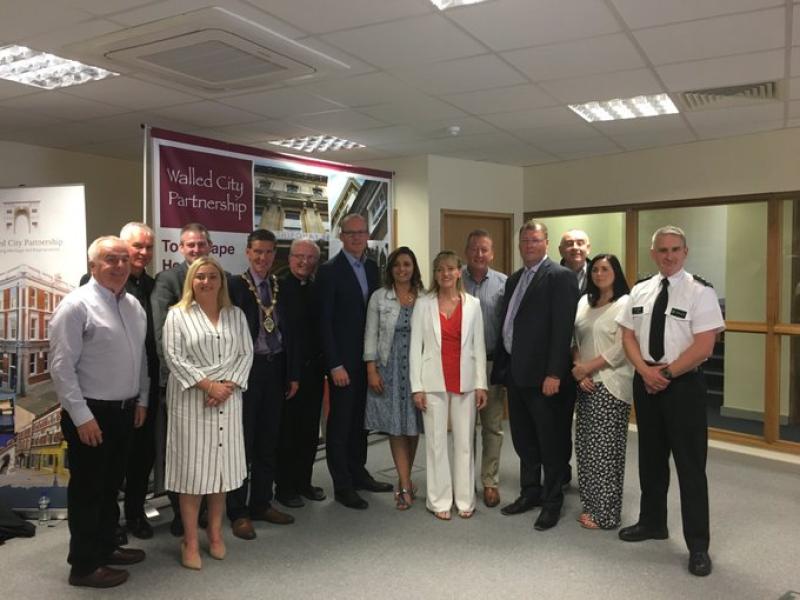 In July 2018, Tanaiste Simon Coveney visited Derry. He posted this picture on Twitter of him meeting members of the Unity of Purpose group in the city.

Derry City and Strabane District Council is to investigate what links exist between it and the Unity of Purpose group.

The Unity of Purpose group was in the news earlier this month when it called for the postponement of a 'Black Lives Matter' rally which was held in Derry's Guildhall Square on June 6.

In a statement, which was issued through the City Centre Initiative in Derry, the group said they understood and supported the reasons for the rally, but added that they believed it should be called off due to public safety concerns in relation to the coronavirus pandemic.

However, despite the appeal, the rally went ahead and police subsequently issued 57 fines to people taking part in the protest.

In its recent statement, a spokesperson for the Unity of Purpose group said it 'consists of local MPs, MLAs, the Mayor and statutory and business leaders within Derry'.

In the wake of the Black Lives Matters rally, Shaun Harkin and Eamonn McCann, People Before Profit councillors on the local council, criticised the stance of the Unity of Purpose group and called for the group to disband.

The Unity of Purpose group did not respond to the councillors' criticisms.

Speaking at today's monthly meeting of the council, independent councillor Gary Donnelly accused the group of being 'very very selective' on what they comment on.

"There have been a lot things that have happened in this city during the time that this group has been about and they have issued no statements." he said.

"I want clarification on funding. Do we fund them directly or indirectly? I know there is a link to them through the City Centre Initiative.

"Far from saying what they say they do on the tin, their actions have led to people becoming more marginalised and excluded," added Cllr Donnelly.

He said it was unusual that there no individual names attached to the recent statement issued by the group.

"Does this group have a policy document that we can look at? Does it have a constitution? Does it have a set of aims or a mission statement? Because if we don't see that we are unable to work out in what way the opposition to the Black Lives Matter rally comes within their remit," said Cllr McCann.

Cllr Donnelly proposed that the council carry out a report into connections between the council and the Unity of Purpose group.

The matter was put to a vote and the proposal was carried, after 29 councillors voted to support it.

Six councillors voted against the proposal.