They have now held the award for ten years. 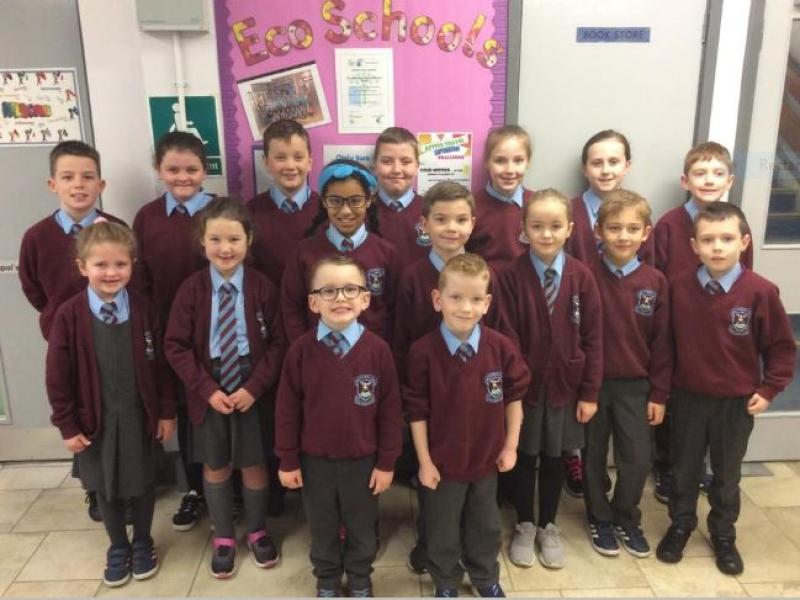 A County Derry primary school has been received the Eco-Schools Green Flag award for the fifth time from the Keep Northern Ireland Beautiful charity.

Nicola McGuckin, who leads the Eco-Schools programme, said the children in the school really engage with the programme.

“It keeps the children interested in it, you don’t just get it and forget about it, they all want to be on the Eco-Team,” she told the County Derry Post.

“It’s awarded every two years, so we’ve been doing it now for ten years. There are a lot of extra activities that you have to keep an eye on and make sure the children are engaging.

“Because we’ve been doing it for years, so it’s a matter of maintaining all of that in the school and then you pick three more to move on another little bit for the next year.”

The Green Flag is the highest award given to Eco-Schools and symbolises excellence in the field of environmental activity.

Nicola says the children took part in a wide range of activities to qualify for the award.

“In the first term, so it was all about safe travel to school. We did a whole two weeks of the Superhero challenge, where the children had to make ten active journeys,” she said.

“It gets the parents and all out walking to school, which is really lovely, especially when the weather is good.

“After Christmas, we did a fundraiser for the Australian bush fire fund. The children were concerned about the animals that were being killed.

“We had a second-hand book sale and raised around £204, which was sent to the Red Cross charity to help with the fires.

“Then, we were trying to reduce the amount of single-use plastic and were making the plastic promise, although we got cut short with Covid.”

The Eco-Schools programme was established in 1994 and has been implemented throughout the world, with Northern Ireland ranking sixth out of 67 participating countries.