Renovations on a house in Ballymena reveal a snapshot from history. 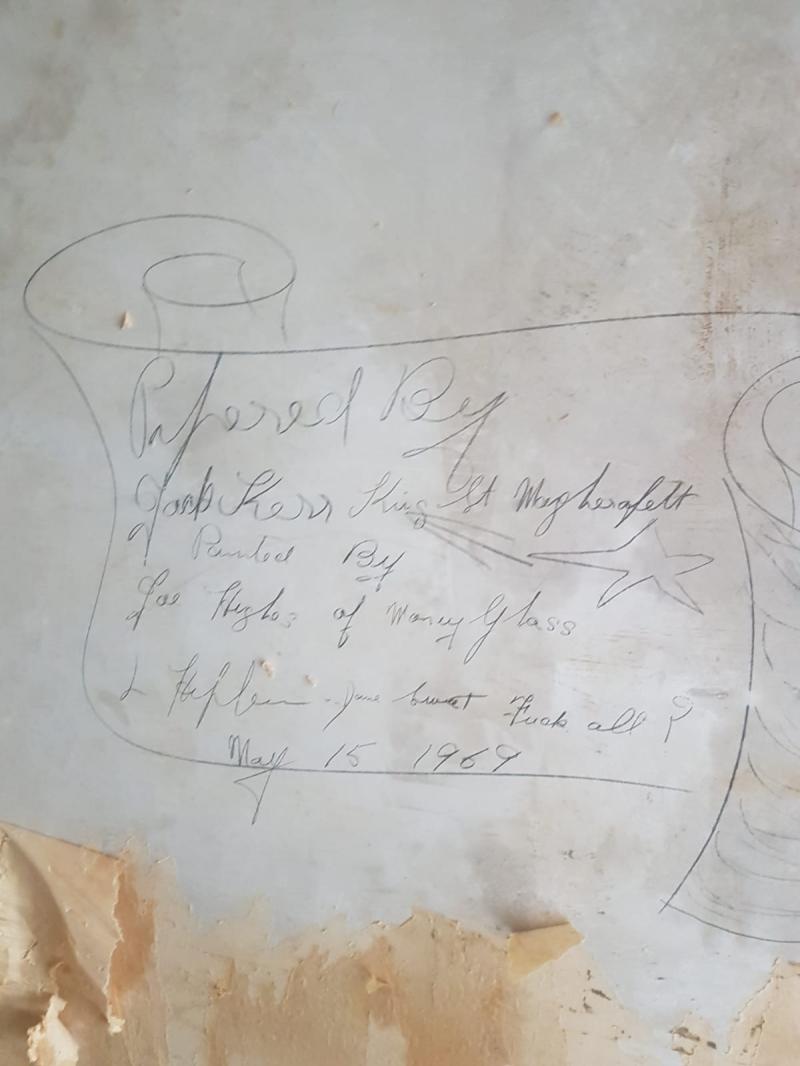 The message was revealed after the wallpaper on a house was removed during recent renovations.

A message unearthed during the redecorating of a house has revealed a County Derry man’s take on an age-old trade tradition.

Castledawson man Joe O’Kane posted a photograph online last week revealing a message his son had discovered while working on his aunt’s house in the Ballymena area.

The message also states that the named final member of the decorating crew 'done sweet f**k all!'

Jack Kerr was a painter who lived in King Street in the town and worked at the time for Seamus Keenan of Castledawson. He also ran a shop for a period on the street where he lived. 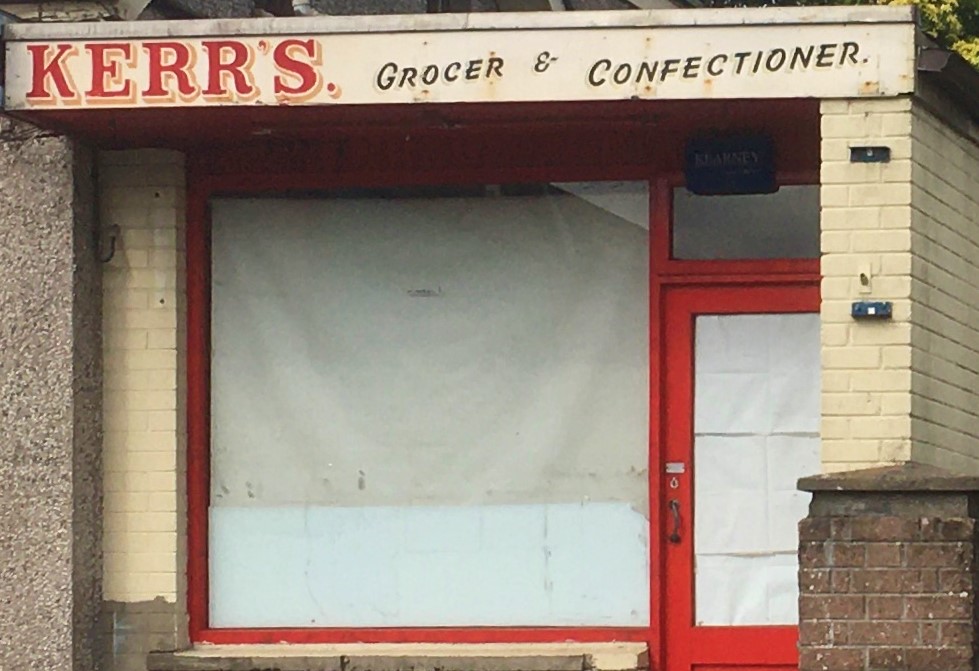 His brother, Dermot, said the practice of leaving a message was common.

“That was a favourite thing to do down the years,” he told the County Derry Post.

“I mind working in the Rectory in Magherafelt when I was at the painting too away in ’53. Reverend McGonagle was coming in.

“I came on a boy’s name from Aghagaskin, Surgenor I think it was, and it was written way before the turn of the century.”

The practice led to Dermot making a remarkable discovery of coincidence as he peeled back some wallpaper in the late 1950s.

“I was working on a job near the Loup – they were doing repairs and I was doing the painting for it. I started digging off the wallpaper in the hall of this farmhouse,” he said.

“It was big, respectable farmhouse, about 80 acres. I wasn’t there an hour until I came across names on the ceiling, under the ceiling paper. 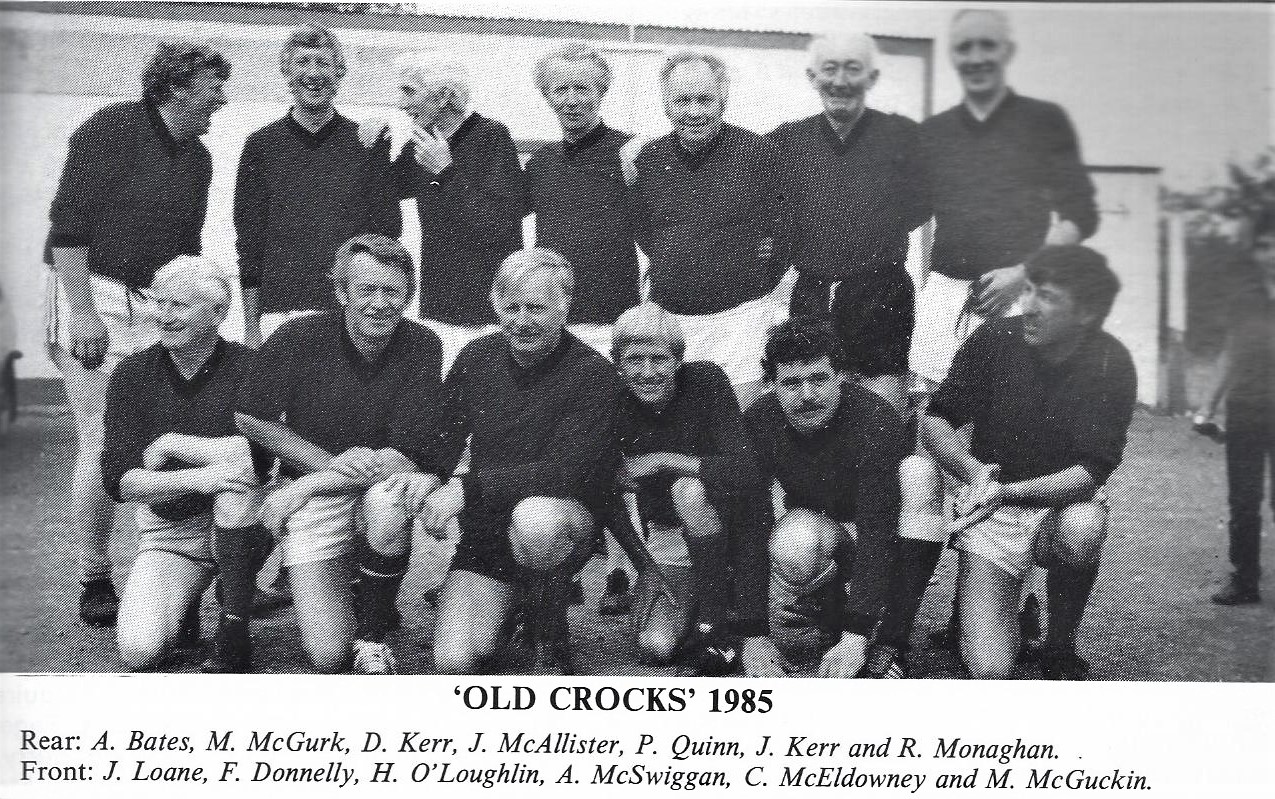 Jack Kerr, second from the right in this 1985 O'Donovan Rossa 'Old Crocks' team.

The Kerrs were also a musical family, with one particular instrument appealing to the brothers.

“Jack played in the Northern Swing Orchestra and they were always on that pantomime in the town, but it stopped in 1966 when Fr Owen died.

Dermot Kerr was also able to shed some light on the identity of his brother’s colleagues and said Leslie Hepburn did a little more than the pencilled message suggests.

Joe Hughes was originally from Moneyglass but now lives in Dunloy, County Antrim, and told us about the process of leaving their mark.

“You went in and stripped the wall and before you papered it, you put a scroll on it and wrote the names on it,” he said.

“I would have worked with Jack at the time, but It was Seamus Keenan we worked for and that was our trademark when we were in doing them up. It’s many a house you would see that on!”