Work is due to begin after the lifting of Covid-19 restrictions. 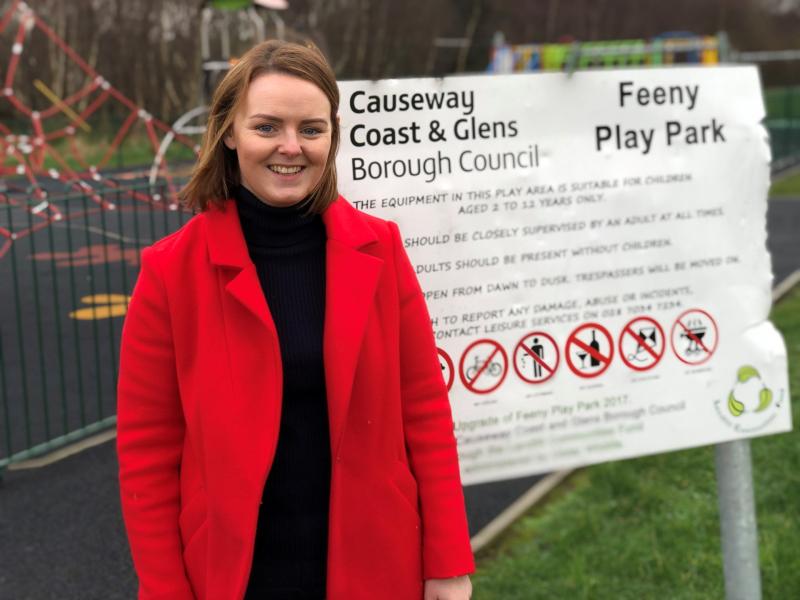 Work is due to begin on the construction of multi-purpose playing surfaces in two County Derry villages after the appointment of a contractor to the project.

The schemes are part of the DAERA and Council-match funded Village Renewal project in Foreglen and Feeny, which saw communities ideas for expenditure teams taken on board.

Cllr Kathleen McGurk said she hoped the schemes would be completed this year.

“Once contractors are in a position to return to work after the COVID-19 crisis, we hope to see the schemes completed before the end of the year,” she said.

“It has been a long road to work out all the issues with the schemes to reach this point, but it is fantastic to see these projects reach the appointment of contractors.

“The schemes have been quite complicated in terms of planning and legal requirements and to ensure the funding available would stretch to cover the works required.

“In some of these areas the lack of council owned land has presented issues, but I have to commend the community organisations which offered their own land and council officials who worked tirelessly to ensure the schemes were brought to fruition.”

A council application to DAERA for a second wave of funding under the Village Renewal Scheme could open the door for a similar development in Dernaflaw.

The area was not included in the first wave of funding after the initial assessment of settlements in the area concluded it was not a village.

Cllr McGurk, however, requested that the council re-examine the decision after she was co-opted onto it in September 2018.

“DAERA are yet to confirm if the funding will be made available, but we are reasonably optimistic,” she said.

“This was one of my first actions at council, and a village plan was put into action early 2019. This paved the way to enable this application for funding to be submitted.”

One nearby scheme that has not got the go-ahead is in Gortnahey, where planning and legal issues have halted its progress.

“It is very disappointing that the scheme in Gortnaghey could not be progressed further,” said Cllr McGurk.

“It highlights to complicated nature of these schemes and shows the hard work that was undertaken to see the schemes on other areas finalised.

“However, I am hopeful that the spade work undertaken by council officials could form the basis of an application for any future funding.”