Proposed development would transform landscape of the area 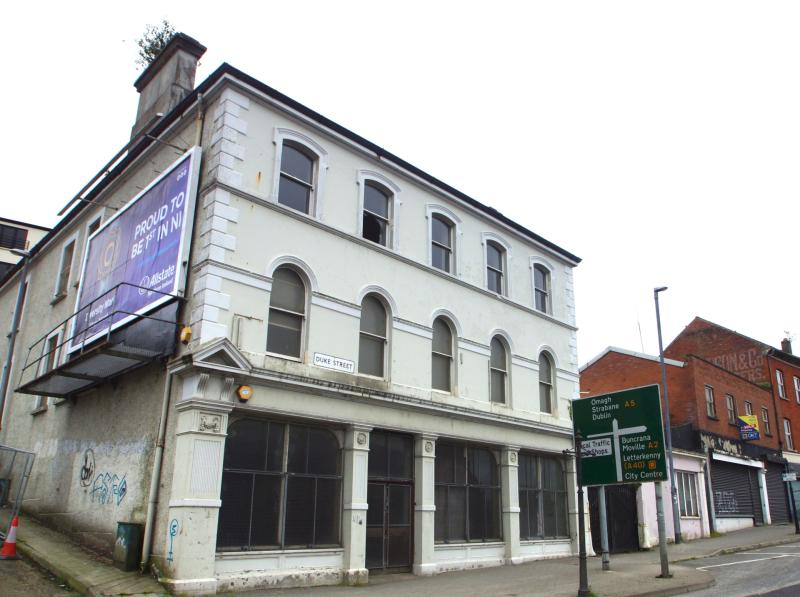 The buildings at Duke Street earmarked for demolition.

Plans have been put forward for new apartments which would transform the landscape of one of Derry's most prominent streets.

The proposal would involve demolishing a number of landmark buildings on Duke Street and the construction of 74 apartments in their place.

Duke Street is one of the busiest thoroughfares in to the city and is used by thousands of vehicles each day.

While there are a number of shops on the street, there are also several derelict buildings, including those earmarked for demolition as part of the apartment plans.

The company behind the plans, Hillvalley Properties, have said that the new apartments would help regenerate the area.

It is understood that the apartments would be used for social housing.

The access to the complex would be via Spencer Road.

There are no plans for the car parking within the complex, as the developers say that the apartments are in a central position.

Within the complex, there are also plans to construct a garden and soft play area.

A statement submitted to Derry City and Strabane District Council on behalf of the applicant said: "Most of the buildings included in the application have lain vacant for many years and their replacement will only improve the visual outlook of this street.”

An application for the Duke Street apartments has recently been submitted to the council's planning department.

Last year, the council approved plans for the erection of a separate seven-story residential building that will house 42 new apartments at a nearby vacant site at the corner of Duke Street and Fountain Hill.

The 42 units will include 20 one-bedroom and 22 two -bedroom apartments.