The local GAA club have provided their facilities for the ceremony. 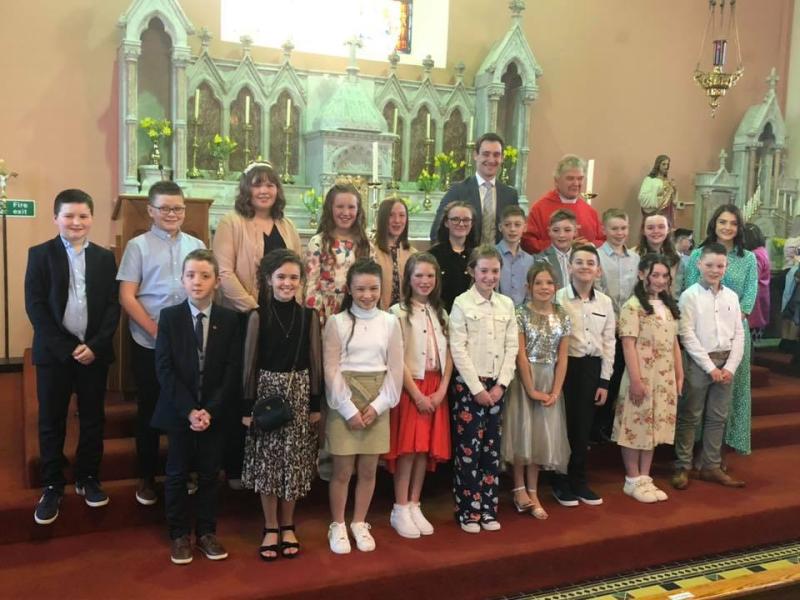 Primary 7 pupils from Crossroads PS pictured at their Confirmation earlier this year.

A County Derry primary school is set to hold a prize-giving with a difference as they hold the event as a drive-in ceremony at a local GAA club.

Crossroads Primary School in Kilrea have enlisted the help of Pearse’s GAC for the event, which will take place at Pearse Park on Thursday, June 18 at 10.00am.

The ceremony will be restricted to the families of Primary 7 pupils only, with designated car parking spaces mapped out for each pupil.

Principal Eugene Mullan said the school wanted to do something special to mark the end of the pupils’ time at Crossroads.

“I was racking my brain trying to think of something that was memorable and special for the P7s. They’ve missed out on so many experiences in Term 3,” he told the County Derry Post.

“We had a residential planned and we had all the end of season tournaments were ahead of us. We had a trip just before lockdown with the Year 7s and the school council to Stormont and at least they had that experience and got away together.

“I’d considered doing a live stream, but I saw an ad for drive-in bingo in Banagher at the weekend and thought we’d give the prizegiving a go.

“At least this way, the children can all come together. They won’t get to socialise with each other the way they normally would have, but at least they’ll be able to see one another.”

Mr Mullan said the venture was something the school had never attempted before, but that difficult times need creative thinking.

“It’s a first for our school and I’ve never heard of a school doing a drive-in prizegiving before,” he said.

“It’s an unprecedented time, though, so we have to come up with creative solutions and try and make it some way memorable for the children.

“The big screen is being set up on Thursday morning and we’ll connect up a laptop with photo presentations so everyone can see and follow on with what’s happening.

“All the P7 cars will have a designated parking space in an arc in front of the big screen and then extended family can park in behind.”

The Ballerin native said Covid-19 had frustrated the school’s usual work in preparing the Primary 7 pupils for their transition to secondary education.

“In Term 3 we would normally talk about moving on and any concerns or anxieties the children have,” he said.

“We haven’t had a chance to do any of that and they’ve missed out on open days and taster days in their new schools too.

“It’s going to be a big culture shock for them, but this should be special for the boys and girls and give them a nice send off.”