Improvements in the Clady and Glenone areas have been welcomed. 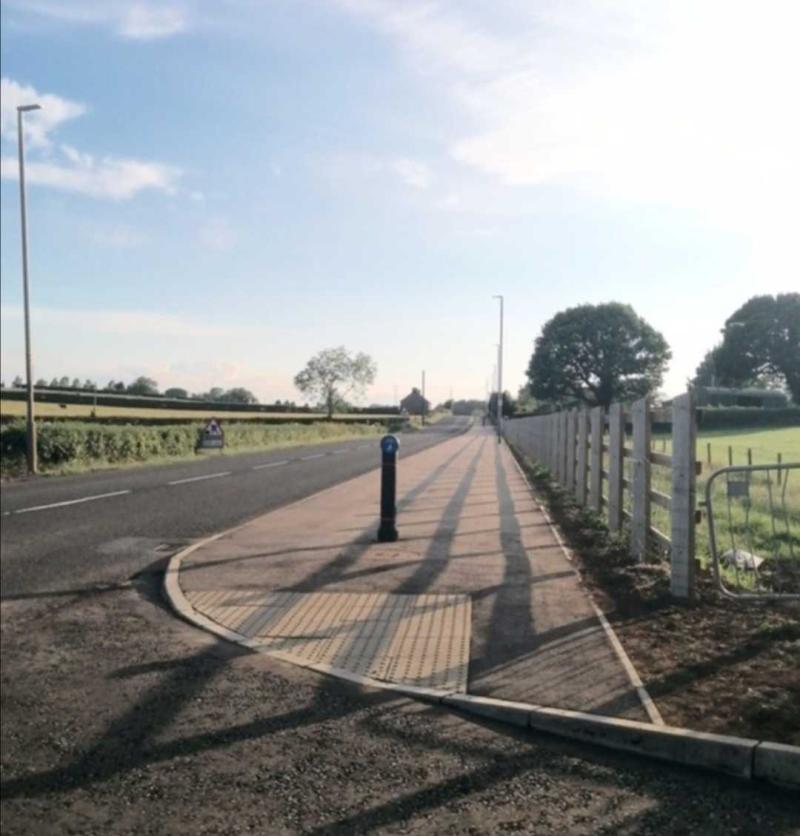 A road safety scheme to improve a 250m stretch of road in a County Derry town has been completed.

A new 450m footway and cycleway has been constructed between the Ford Road junction on Mayogall Road in Clady.

The project, along with 250m of resurfacing work, marks the completion of the project at an estimated cost of £180,000.

He said: “The newly created footway will make it much safer for all road and footway users including school children attending the local schools, pedestrians and motorists alike.

“With the popularity of cycling ever increasing the widening of the footway to include cycle-paths are a much-welcomed addition.

“The junction of the Ford Road has been greatly improved with the removal of high verges at the entrance greatly improving visibility for those entering and exiting this junction.

“I wish to thank Tracy Bratton DFI Roads Service and FP Mc Cann contractors for their cooperation in having this significant road safety project delivered.

"The residents of Clady and surrounding area are very appreciative of these improvements, completed to a high standard that improves safety for motorists, walkers and cyclists alike.”

Work has also been completed in the nearby area of Glenone, with safety chevrons restored on the Portglenone to Bellaghy Road.

Carntogher councillor Martin Kearney welcomed the development but condemned vandalism to road signage in the area.

“A number of traffic accidents here in recent times have caused considerable concern to local road users,” he said.

“Previous markers had been demolished as well with vehicles often ending up in the nearby fields. I am pleased to report the Department of Infrastructure has replaced these chevrons.

“However, it is disappointing to note that when the local community were abiding by the advice to lockdown others were vandalising the nearby Ballynease Rd bilingual sign which has been there for over 15 years.  Thankfully the Council have replaced that also.”