Bins set on fire beside a house in Derry's Creggan estate 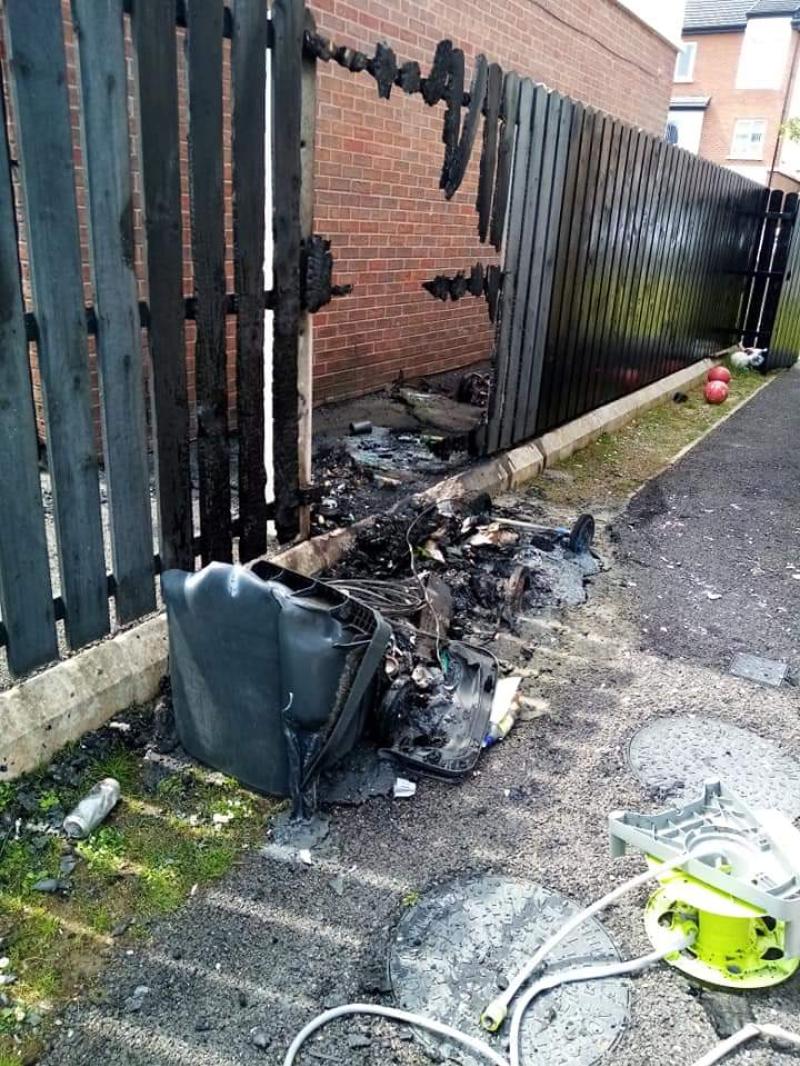 Wheelie bins have been set on fire beside a house in Derry.

The arson attack took place in the Ballymagowan area of Creggan yesterday.

No one was injured in the incident but the bins and a section of a fence were destroyed.

The attack has been condemned by local Sinn Féin councillor Tina Burke.

"I've been contacted by residents in Ballymagowan who are rightly concerned at this incident, when wheelie bins were deliberately set alight next to a fence, causing significant damage," she said.

"The family were alerted to the fire by neighbours and luckily we are not looking at a more serious situation where people could have been injured or worse.

"Recent times have shown the community here in Creggan rally together to support and help one another as we tackle the current pandemic,so this is last sort of thing we want to see happening in the area.

"If anyone has any information they should give it to the relevant authorities, and I would urge residents to be vigilant and put their bins away where it is possible."