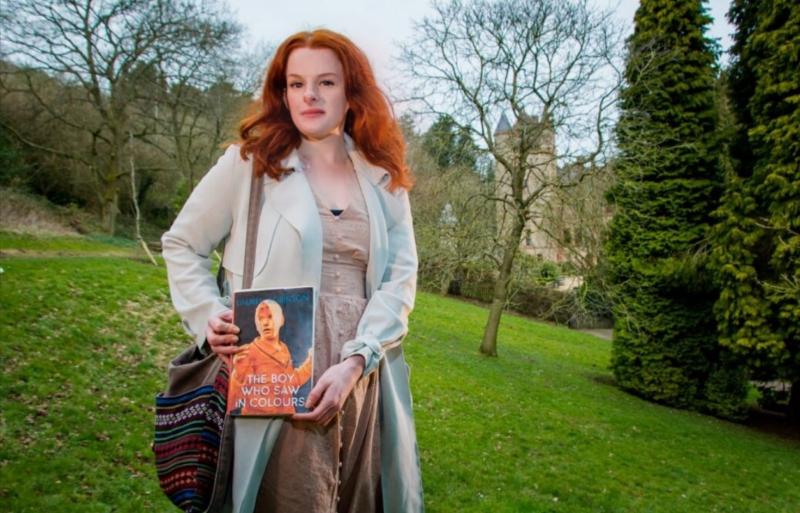 Lauren Robinson with a copy of her new book.

A debut book published by a young Derry woman is already selling well around the world.

Lauren Robinson's historical fiction novel 'The Boy Who Saw in Colours' which is set in Nazi Germany took five years to complete.

The English and journalism student who is now 24 began working on it when she was just 16, in the same year she and her family emigrated to Australia.

"I was just saying to my parents ‘of course I would choose 2020 to release my book'," said Lauren.

"You only get one chance to launch a book.

"Usually, you’d be doing book signings and speeches but it’s all different during lockdown,

"I’ve had to do it online with a video

"But in some ways it has been very chill."

It was while studying World War 2 at school that Lauren first found out about elite schools that were established for the Hitler Youth movement.

“I thought it was really interesting and something that wasn’t really known about so I started doing more research,” she explained.

Lauren began by writing short stories based on the schools until the idea for the novel took shape.

The coming of age novel centres around a boy called Josef and his experiences growing up in the school.

“Growing up a lot of my friends were boys so I just thought back to the boys I knew and what they were like,” she said.

“My fear is someone from school might read parts of the book and say ‘that’s me’,” she laughed.

But her hard work has paid off and her book is currently climbing up the charts on BookDepository, a worldwide book selling site.

Lauren, who is currently studying English and journalism at Ulster University Coleraine, hopes to start working on her second novel soon.

“I’d like to do something on The Troubles, she said.

“Not many people knew about it when I lived in Australia.

“The idea of tribalism is something that really interests me.”

You can buy 'The Boy Who Saw in Colours' online at BookDepository, Amazon and Barnes and Noble.