PSNI spokesperson: "I’d like to think that we’ve saved a few sore heads and the need for us to drive home kids we find passed out lying on the grass." 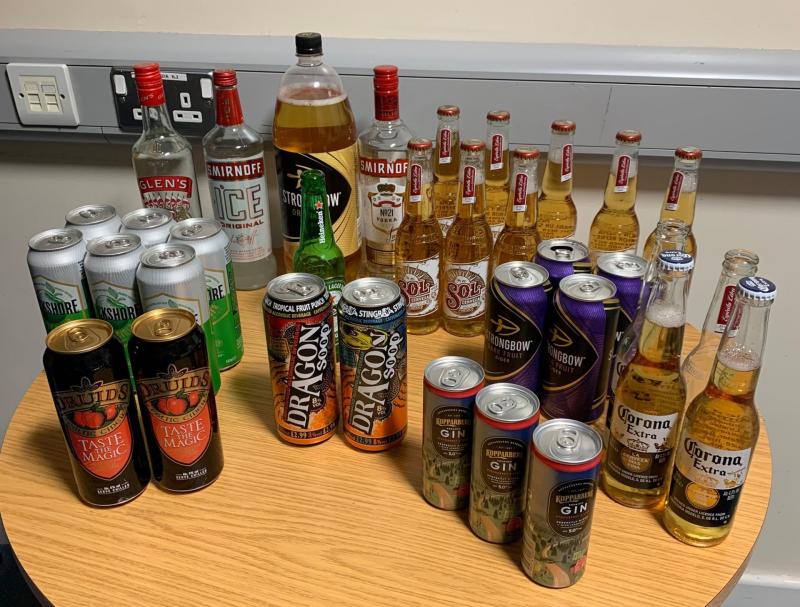 The alcohol seized by police in Culmore.

Police have put on show a quantity of alcohol it seized from 'children' in the Culmore area of Derry last night.

The PSNI said the alcohol was seized by officers who are part of the Ballyarnett Neighbourhood Team.

A police spokesperson said: "I’d like to think that we’ve saved a few sore heads and the need for us to drive home kids we find passed out lying on the grass.

"But also I’d like to think that we’ve saved local residents the curse of anti-social behaviour and potential vandalism."