The DUP councillor has been on the council for nine years. 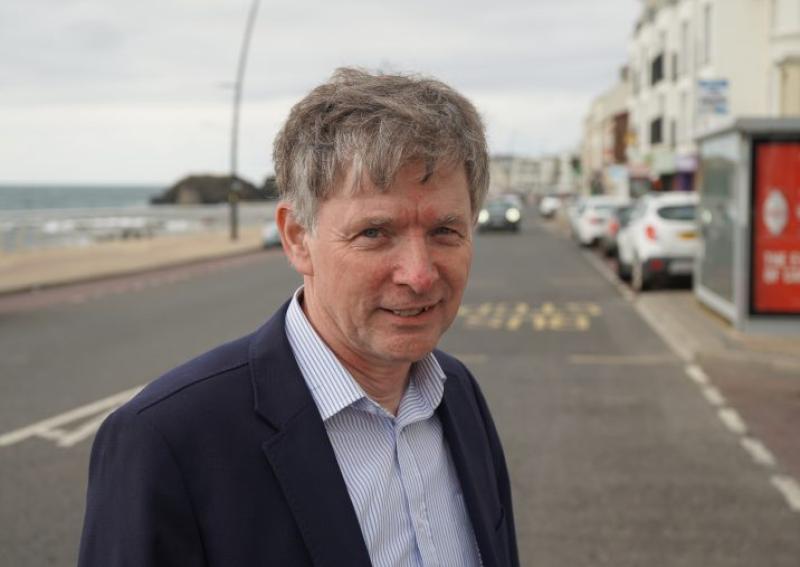 The incoming mayor of Causeway Coast and Glens is looking towards the commemoration of Northern Ireland’s centenary as he takes up his role this week.

Alderman Mark Fielding of the DUP is taking up the office for the first time after nine years as a councillor. His party had first choice of their preferred year and opted for 2020-21.

“There is a committee set up for the centenary within the council, and there is a meeting on June 18, so hopefully they’ll start to formulate events we can look forward to in 2021.

“It’s something I’m looking forward to as well. There will be funding available for events. The level of that funding has to be decided, but there will be events happening.”

That budget may well depend on the impact of Covid-19 on the Causeway Coast and Glens Borough Council’s already precarious financial position.

Cllr Fielding is under no illusions about the challenge facing the council in the coming year, but is hopeful that they will be able to move towards recovery.

“It’s going to be difficult, because the council wasn’t able to bring in any revenue with caravan parks being closed and events not happening,” he said.

“We were looking at raising revenue before the pandemic through car parking charges, which I know is controversial, but it is a revenue avenue.

“That has been stalled at the minute. All councils will have financial restraints with the pandemic. I hope things will improve, but we have to be realistic.”

Covid-19 has already made its presence felt on the council’s plans, with events such as the Red Sails festival and Pipe Band championships already cancelled.

Mark is hopeful things may pick up towards the end of the summer.

“I’ve known for some time I was going to be mayor, even before the lockdown, and I’m looking forward to it, but events that we would have had in the summer will not take place,” he said.

“Receptions at the Council will probably not take place for a few months, but we’re hopefully on the road to recovery.

“There are less deaths now. If people abide by the restrictions, hopefully this virus will die out. I’m hoping that by August we might be more active at doing things.

“Hopefully, by August or the autumn there will be more events that would normally happen within the course of a mayoral year.”

The Portstewart man indicated his desire to speed the recovery of the area’s usually thriving tourist industry was a central aim for the coming year.

“I would like to see tourists coming back to the north coast again. People won’t be going on foreign holidays for a while, so they’ll be holidaying at home,” he said.

“I know a lot of businesses have been closed in towns, villages and coastal resorts. I’d like to see people returning again, but of course, we have to be sensible about it.

“People have to abide by the restrictions, but I’d hope to see the economies of those coastal resorts return to what it was before this pandemic.”

“I’m getting more excited about the role as it draws closer,” he added.