Event told that racism must be tackled in Ireland 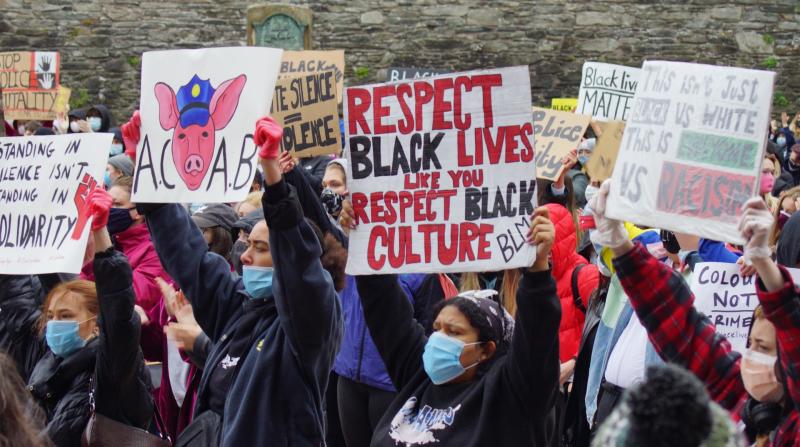 Some of those who took part in today's rally.

A large crowd gathered in Derry's Guildhall Square today for a rally in support of the 'Black Lives Matter' campaign.

Police, politicians and business leaders had asked organisers of the event to call it off amid concerns of people gathering together during the coronavirus pandemic.

However, the organisers declined to do so.

They insisted that those attending the rally would be asked to adhere to social distancing guidelines and other safety measures.

There was a strong police presence around the Guildhall Square in advance of and during the rally.

At the start of the protest, a police officer used a loud hailer to inform the crowd that they were in breach of health protection regulations and asked them to disperse.

However, the rally continued.

The majority of the crowd wore face masks and were regularly encouraged by organisers to maintain social distancing. 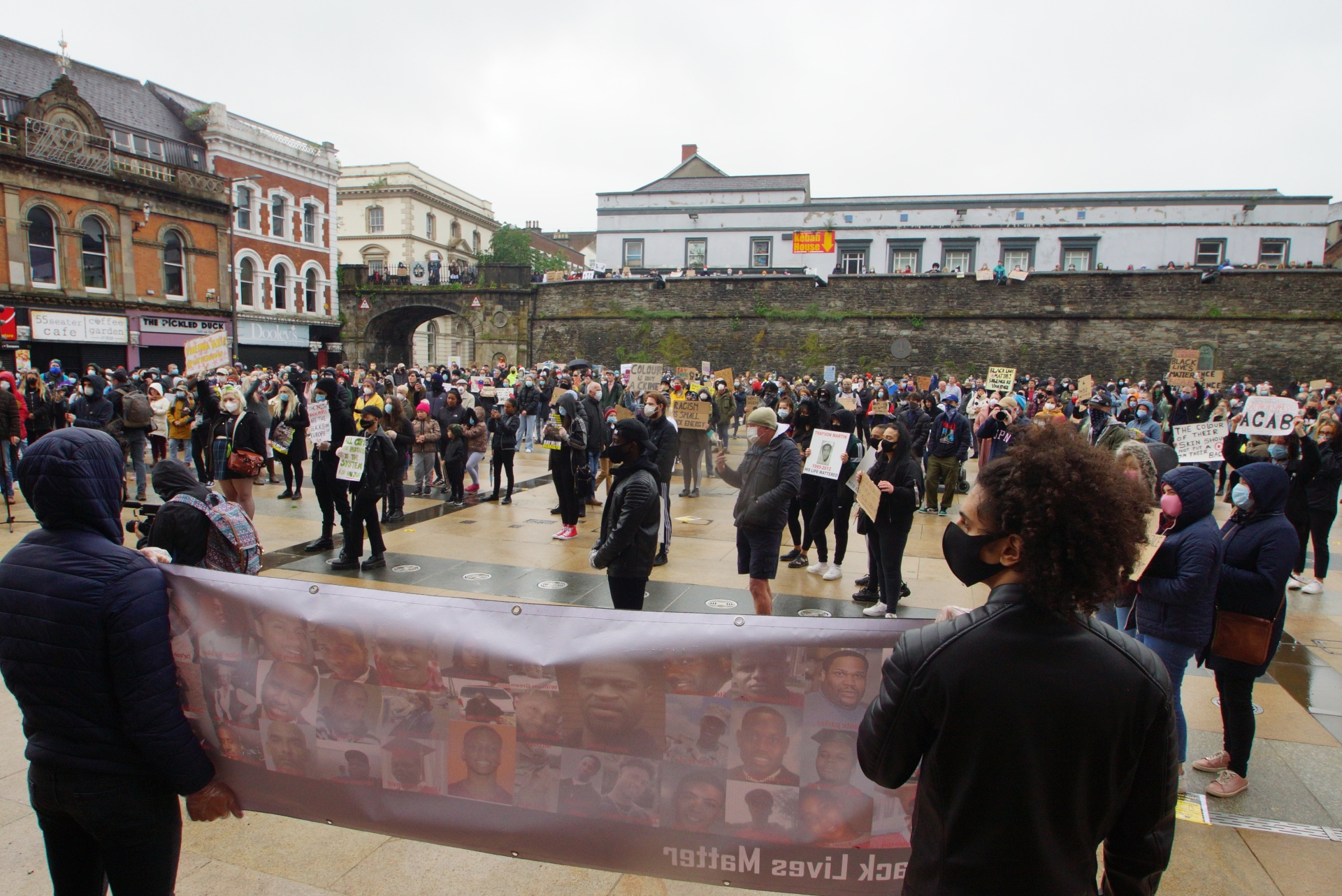 The rally was organised by the North West Migrants Forum (NWMF).

Lilian Seenoi- Barr, NWMF Director of Programmes, thanked those in attendance for supporting the rally in the face of 'threats' that had been made.

She said the protest had been organised in support of the 'Black Lives Matter' campaign which has received worldwide attention following the recent killing by a police officer of George Floyd in the US.

Mrs Seenoi-Barr said while the local rally was in support of those who had died at the hands of the police in America, she stressed that racism must also be tackled closer to home.

"We are also here because we demand change in Ireland," she said. 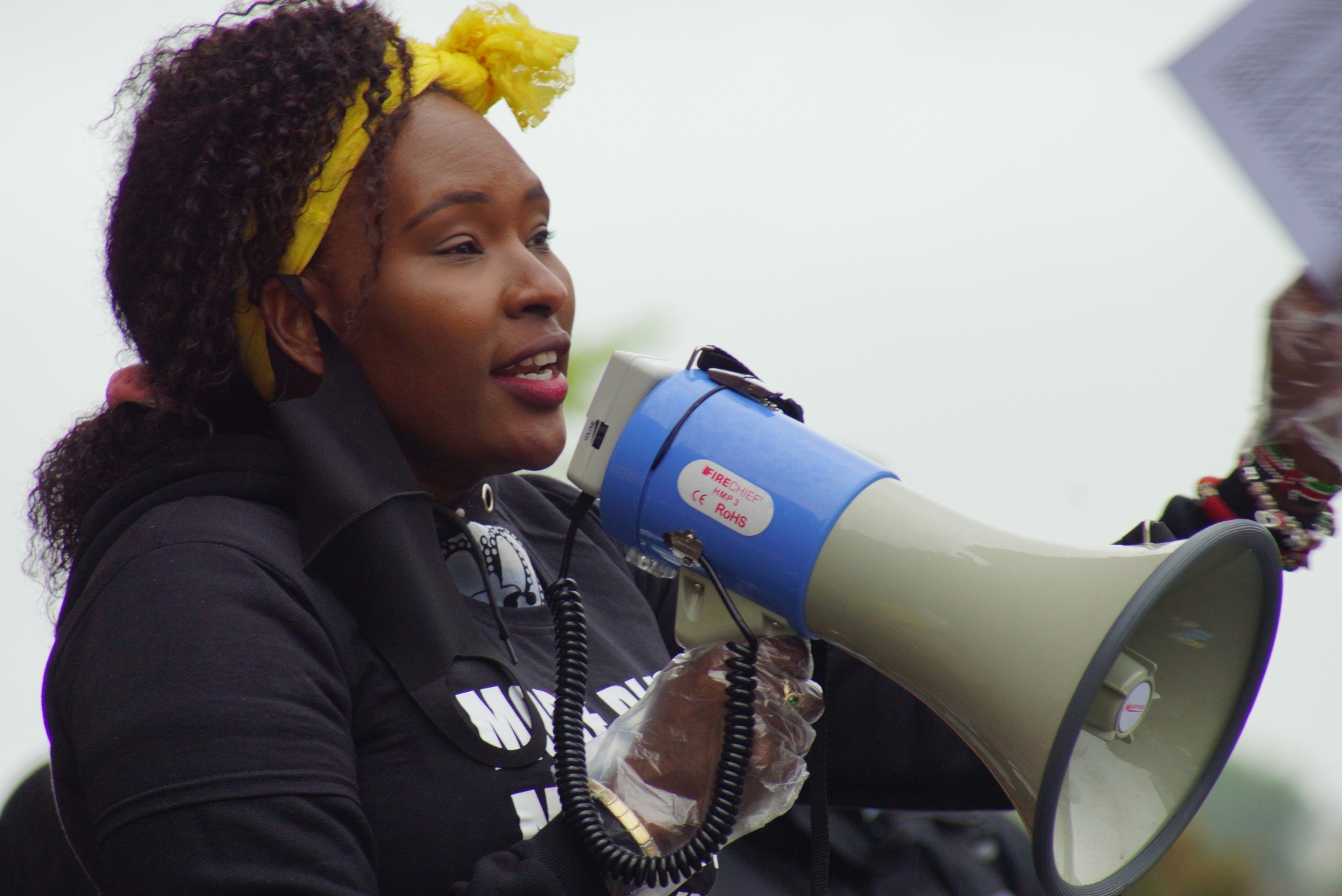 "We need hate crime legislation in Northerrn Ireland that brings us in line with England and Wales.

"We need our education system to actively challenge racism and a curriculum that teaches children about the history of colonialism.

"We need our white allies to actively recognise and reflect on their while privilege.

"We need to move beyond platitudes about diversity and move to meaningful inclusion and justice."

A number of speakers, including Derry People Before Profit councillor Shaun Harkin, also addressed the rally.

At the end of the speeches, the protestors knelt for eight and 46 seconds in recognition of the time that the police officer who killed George Floyd had his knee on the black man's neck. 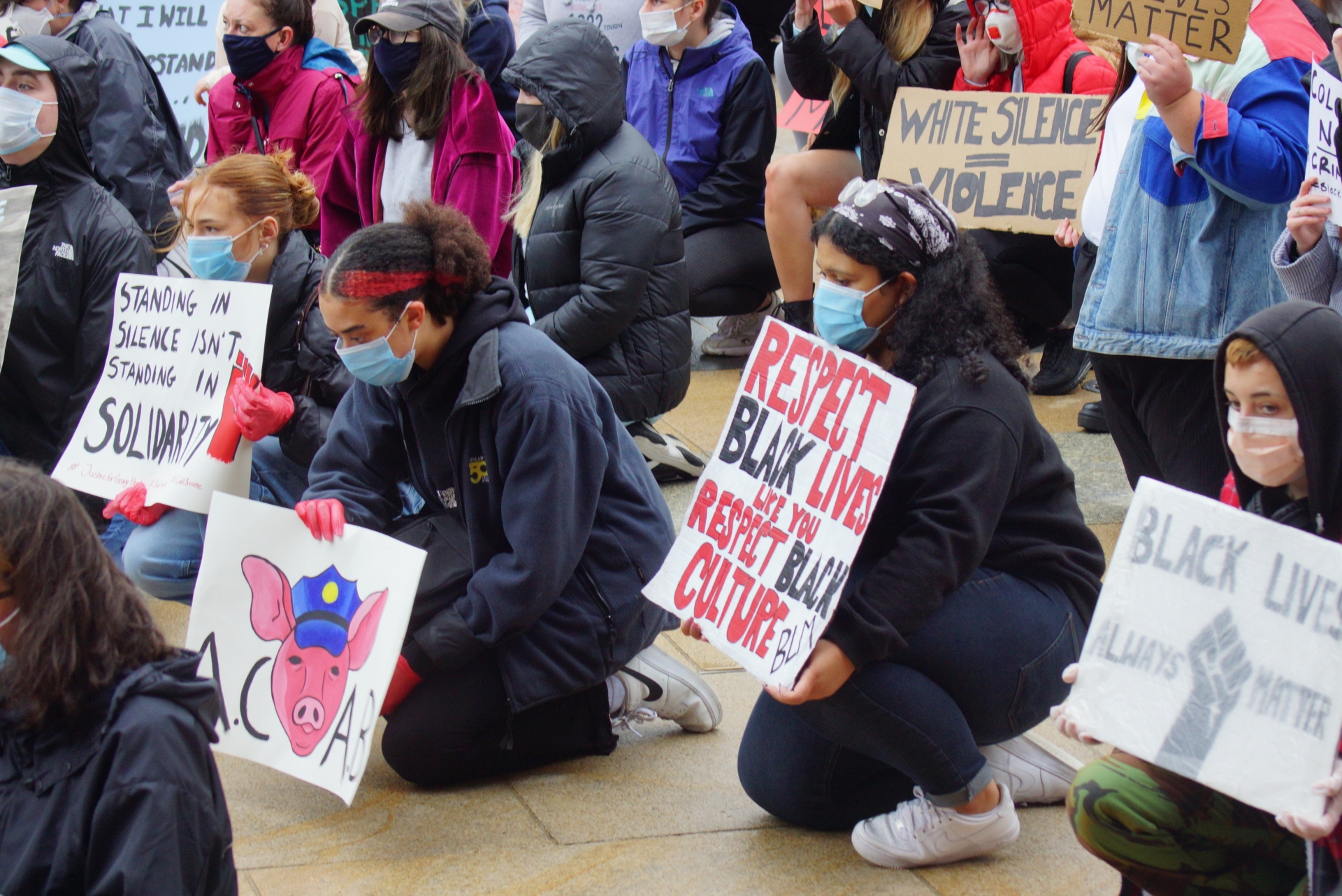