Danny and Margaret Ogle were in hospital at the same time 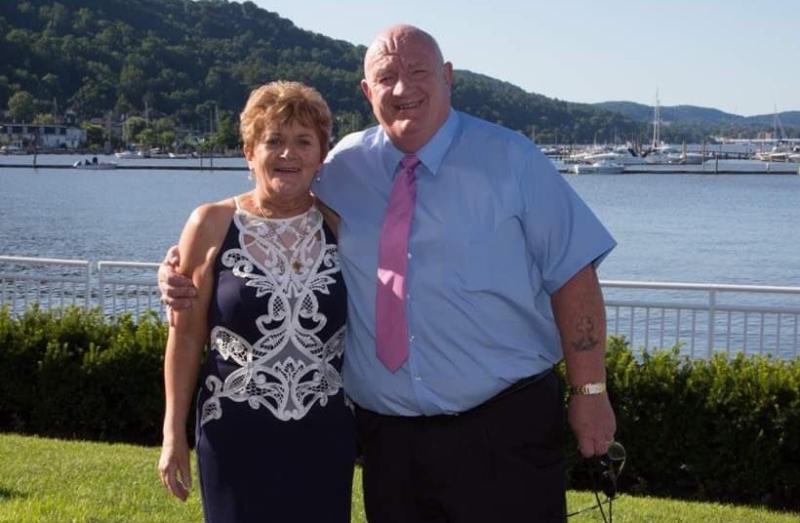 The son of a Derry couple who were hospitalised with coronavirus at the same time has spoken of how frightening it was to have his parents struck down with the deadly virus.

Well-known charity fundraiser Danny Ogle spent four days in Altnagelvin Hospital's Intensive Care Unit fighting COVID-19 in early May and was recovering on a seperate ward when his wife Margaret was admitted with the same condition.

Danny has since been released from hospital but his wife remains in Altnagelvin.

It was a very worrying time for the couple's five children who were unable to visit their parents.

"Usually we are what I would call a hospital corridor family," said Danny's son, Daniel Patrick Ogle, speaking to the Derry News from his Lonon home.

"If someone in the family is sick we would all be over lining the hospital corridor waiting for news so that was really hard not being able to be there."

The Ogle family had just got over the shock of 68-year-old Danny's illness when Margaret became very unwell.

"My mother is a really strong woman," said Daniel Patrick.

"If she was ever ill in the past she would just take tea and dry toast and she'd say she was fine.

"Her panic was that she didn't want to be admitted to hospital.

"She has never sat on her backside in her entire life.

"That's the scary part for us that she'll want to be up cleaning  windows when she gets out."

Margaret, who had been waiting to get her husband home to nurse him, became so ill that she had to be taken to hospital.

She was on a different ward to her husband but the nurses arranged for them to speak on the phone and on one occasion they even saw each other through a window.

"The nurses and all the NHS staff were just brilliant," said Daniel Patrick.

"They would put their own phones on speaker so that mum could talk to my sisters or my aunt.

"But I think it's hard for them because they are wearing the masks and the gowns and the visors so they don't have that normal human contact they would usually have with the patients."

Sadly, Margaret's illness followed the same pattern as her husband's and she had to be admitted to ICU because her oxygen levels were danergously low.

"We thought we knew how it would go as we had been here before with dad so when mum took longer to get better we started to get really worried.

"My friends said I just went into radio silence."

Daniel Patrick and his four brothers and sister were unable to see each other face to face and had to communicate through a family WhatsApp group and Zoom video chats.

"The doctors were always very good," he said.

"They kept us informed and were incredibly patient and helpful.

"We are very grateful for them."

Danny Ogle, who is known to many throughout the city for his tireless charity fundraising work, is also a porter in Altnagelvin Hospital.

When he was released from intensive care to recover on the COVID-19 ward, his NHS co-workers lined the corridors and clapped to celebrate the first step in his recovery.

He has now been recovering at his home in Skeoge for almost a fortnight.

"He is in grand form and he is doing his physio and doing everything he can to get better," added Daniel Patrick.

"We were so relieved when mum got out of ICU last Friday and look forward to being back together soon.

"We had been planning to go on a big family holiday to France together this year but that's all been cancelled, but hopefully we'll get our chance another time."

Daniel Patrick is a film maker and has cast his father Danny in three of his movies, The Best Years, Moussaka & Chips and Requiem for a Fighter, which were filmed in Derry and are available to watch on Amazon Prime.