Man arrested for a number of offences 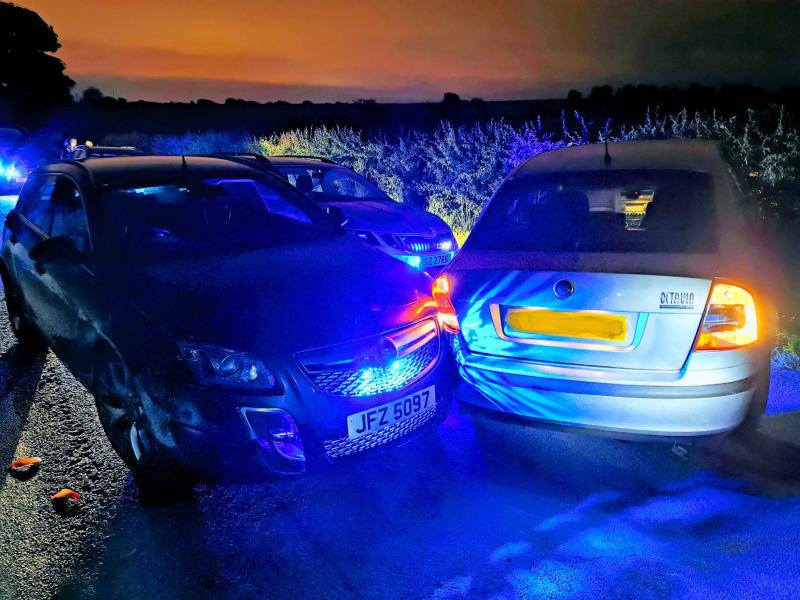 The scene last night after a police car stopped the vehicle being driven dangerously.

Police were forced to crash into a car being driven dangerously in Derry last night.

A PSNI spokesperson said officers came across a silver Skoda driving dangerously while out on patrol last night.

"Attempts were made to stop the vehicle, however the driver decided to ignore police and failed to stop," the spokesperson said.

"After a pursuit through our city the skoda was stopped thanks to great team work by our COVID Team, Neighbourhood Policing Teams, District Support Team and Local Policing Team.

"The driver has been arrested for a number of offences including Dangerous Driving, Failing to Stop for Police and Driving Whilst Unfit just to name a few.

"The driver will be spending the night in Strand Road Custody before answering a few questions tomorrow.

"We will not tolerate Death Drivers in our city," added the PSNI spokesperson.