The local group will join hundreds of harpists in the online showcase. 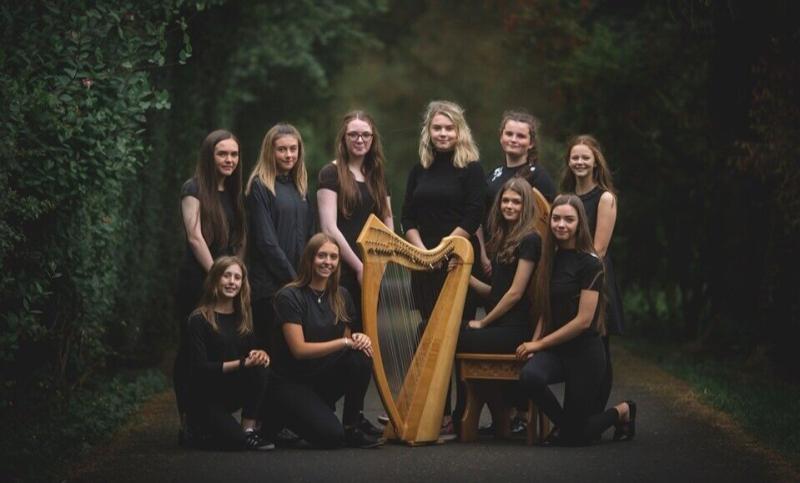 A local harp ensemble will be among those taking part in a nationwide series of online harp concerts this Friday, involving more than 60 of Ireland’s leading harpists.

Elver Harp Ensemble have a number of members in the south Derry area and will be participating in the virtual performance having recorded their performances at home.

“There are children from 12 years old to 18 years old. They rehearse weekly and play in events like the Fleadh and Belfast Culture Night,” she said.

“This event is organised by Harp Ireland, who are getting 200 harpists together to do this performance, Harps for Hope, funded by the Arts Council.

“Various harpists were sending solo videos, with one released every day, and it’s going to finish up in one big performance of 200 harpists playing together.”

Harp Ireland is the umbrella association for the harp in Ireland and was established in 2016 in collaboration with the Arts Council/An Chomhairle Ealaíon to support the instrument’s development.

“Over the past year, people have highlighted to us how connected they feel to the sound of the harp; how it calms them, comforts them and enhances their sense of national identity,” she said.

“We were struck by the depth of emotion and resonance that Irish harp holds for so many people when it was inscribed on the UNESCO Representative List of the Intangible Cultural Heritage of Humanity last year.

“Undoubtedly, Ireland’s national instrument enjoys a unique place in Irish musical and cultural life and that is a tribute to the steadfast dedication of harpers, teachers, harp students and our supporters nationally and internationally.”

The full series of videos online concerts are available here.

The introductory track on each of these videos is An Cruitire from the Spirit of Laois suite composed by harper-composer, Michael Rooney and performed by Siobhán Buckley.