The 'pay for play' course has been packed in the recent fine weather. 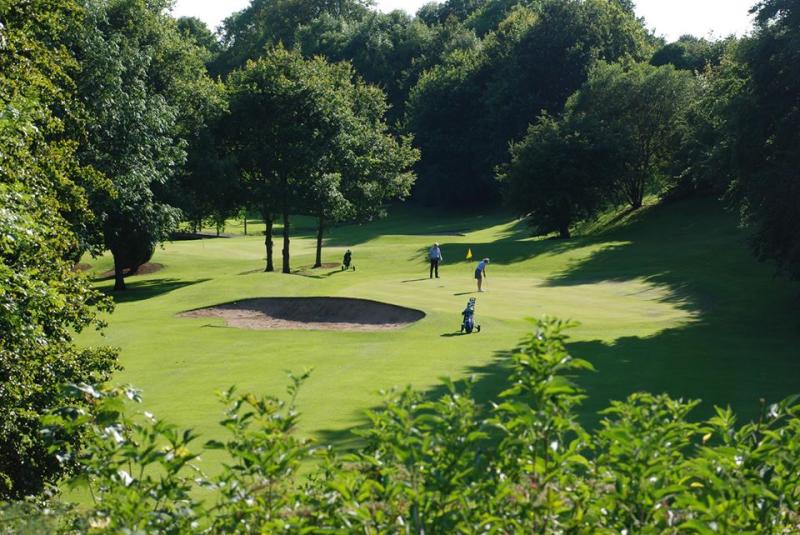 Ronan Valley Golf Course has seen a surge in numbers.

A County Derry golf course has experienced a huge increase in users after the government relaxed its restrictions surrounding Covid-19.

Ronan Valley Golf Course, a ‘pay and play’ facility outside Magherafelt, has seen its numbers rise by ‘50% more than normal’ since it reopened, with people from all around flocking to the venue.

Owner Peter Tohill says the fact that the club does not operate a membership system has been an advantage.

“We’re a pay and play facility, we don’t have members so we weren’t bound by the Golf Union of Ireland (GUI) rules,” he said.

“The rules that apply are the government’s social distancing guidelines and using proper hygiene and that type of thing.

“That’s why we didn’t have to operate a booking system, you just turn up. It’s worked quite well so far, we opened last Wednesday and we’ve been incredibly busy.

“We have people coming from all over the north. We’ve had golfers here this week from Belfast, even Newtownards. Omagh, Derry city, people who wouldn’t normally have been with us.”

Although it was relaunched in 1997, Ronan Valley had operated before World War II, but the outbreak of war saw interest wane and the course closed soon afterwards.

While the prolonged spell of fine weather is bringing the crowds back, it is not without its drawbacks.

“We don’t have an irrigation system so it’s a bit dry,” said Peter.

“There’s a lot of work being done in the early hours of the morning with regards watering and cutting. It’s too busy to get work done during the day!

“The longer the good spell of weather goes on, the more people want to come and play.”

Staff at the venue have been taking every precaution to prevent the spread of Covid-19, with sanitisation stations dotted throughout the course.

Flags and hole cups have also been sanitised and a strict policy of social distancing is in place for everyone using the course.

Peter says they haven’t had to work too hard to enforce it.

“I was worried before we started, but people have been absolutely brilliant,” he said.

“Avid golfers will be members somewhere, so they would tend not to play here, but a lot of them are having difficulty getting into their own clubs with the booking system that’s been operating.

“People are just so happy to be out, so they stick to the guidelines and don’t mind the wait. Sometimes they’re waiting about twenty minutes to get teed off.

“We’re saying ‘sorry about the wait’ and they say, ‘we’re standing here, we’re outside, we’re able to talk to our friends at a distance and we’re happy enough.’

“I can’t complain, it’s working for us!”