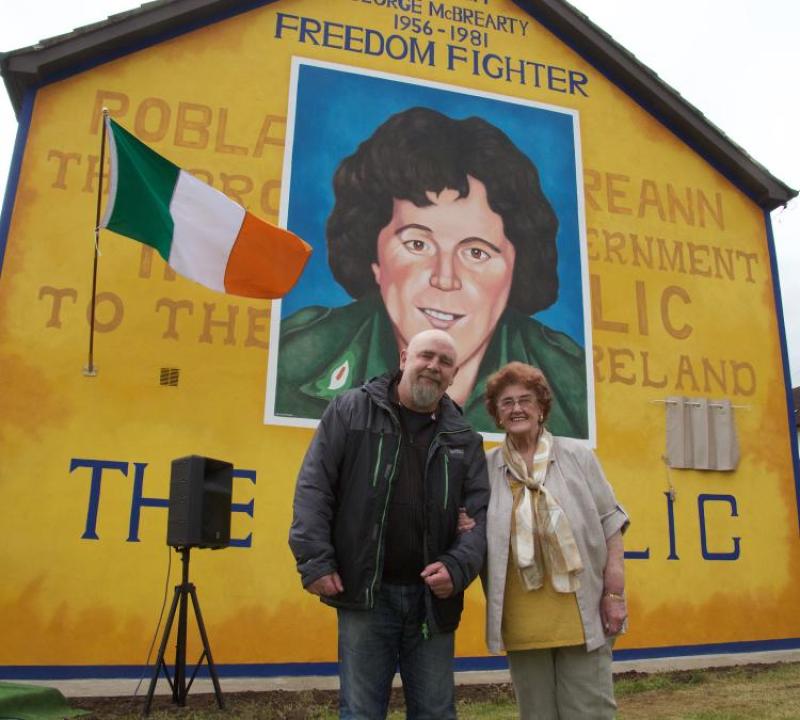 A commemoration event will be held tomorrow to mark the 39th anniversary of the death of an IRA man killed by the SAS in Derry.

The family of George McBrearty plan to commemorate his death in a wreath-laying ceremony this Sunday at 3pm.

McBrearty (24) was shot dead on May 28, 1981, by members of the SAS while on 'active service' at the junction of Lone Moor Road and Southway in the Brandywell area of the city.

Traditionally, family and friends assemble at Rathkeele Way to mark his anniversary but due to the coronavirus pandemic it will be a low-key commemoration this year.

His brother Danny said: “Due to the ongoing health crisis, the annual Republican commemoration remembering Vol. George Mc Brearty and all Derry volunteers who gave the ultimate sacrifice for Ireland’s freedom, has had to be cancelled to the groups, organisations and the general public who have supported us in past years.

“The cancellation is for obvious reasons, and we are sure you all understand,” he added.

“However, George’s mother and various family members, will be holding a wreath laying ceremony at Georges mural on Rathkeale Way at 3.00pm Sunday 31st May.

“The ceremony will incorporate a reading of The Proclamation and the Roll of Honour of all Derry volunteers, our brother Pat who died on George’s 10th anniversary will also be remembered.

“Any floral tributes from various organisations or groups can be given to family members or laid at the mural and will be publicly acknowledged."

In 2017, a new mural in honour of the Derry man was unveiled at the junction of Rathkeele Way and Rathlin Drive in Creggan where he grew up.