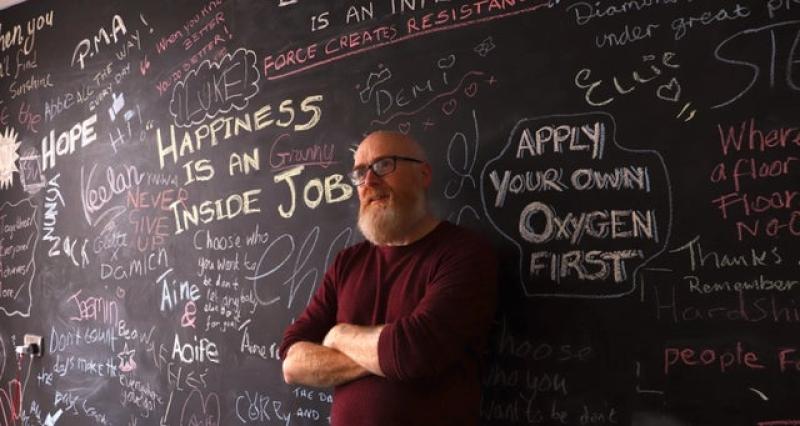 Joe Thompson is co-ordinator of the CCIS.

Concern is growing about the future of an initiative in Derry which provides help for those at their lowest ebb.

The Community Crisis Intervention Service (CCIS) has been running as a pilot scheme since January 2019.

The service provides a 'safe space' for those in crisis from 8pm on Thursdays until 8am on Sundays when many other services are not operational, and is run by Extern NI from the Holywell Building on Bishop Street.

However, the current funding for the service runs out at the end of next month.

It is estimated that around £215,000 is needed to keep the service going.

The Department of Health said that it is unable to provide the funding for the 'council-led' initiative.

However, Derry City and Strabane District Council last night passed a motion calling on the Northern Ireland Executive to ensure that the local service continues to be funded.

The motion was put forward by Sinn Fein Councillor Sandra Duffy who claimed that society was facing a 'mental health tsunami' after the coronavirus pandemic.

“We should be developing our mental health projects and services not closing them,” she said.

Councillors from all other parties spoke at the council meeting in support of the CCIS initiative.

DUP Alderman Ryan McCready said it had supported 330 people since it was launched, and had actually saved money because it helped prevent situations where intervention from medical or rescue organisations was required.

In a separate development, Foyle SDLP MLA Mark H Durkan said the Health Minister Robin Swann had told him in a letter that the Department of Health will issue a decision on funding in relation to the CCIS initiative in early June.

Mr Durkan said any decision not to fund this service 'would fly in the face of the Executive’s repeated commitments to improving mental health services across the North'.

“The stark reality of the future of the Crisis Intervention Centre in Derry has been apparent for quite some time.

“The crucial requirement for continued funding is one I have raised consistently with the Department.

“The need for this service is blatantly obvious, my constituency of Foyle has among the worst suicide rates across these islands, any decision not to fund will force its closure, consequences of which I fear will reverberate throughout our communities.

“I appreciate his department is under immense budgetary pressures but this provision is much too important to let slide. Furthermore, it is clear  more decisive action and contribution is required from the Executive.”

Mr Durkan added: “The people of this city have had to fight for absolutely everything to improve lives here; Derry will not let up in this fight to fund our hard-won Crisis Intervention Centre.

“Too many lives have been lost and too many families have been left devastated. The £215 000 required funding is a paltry sum in terms of the Executive budget, to secure a critical service which has proved a lifeline to so many individuals in this city.”