Owner pleads with people not to feed her animals 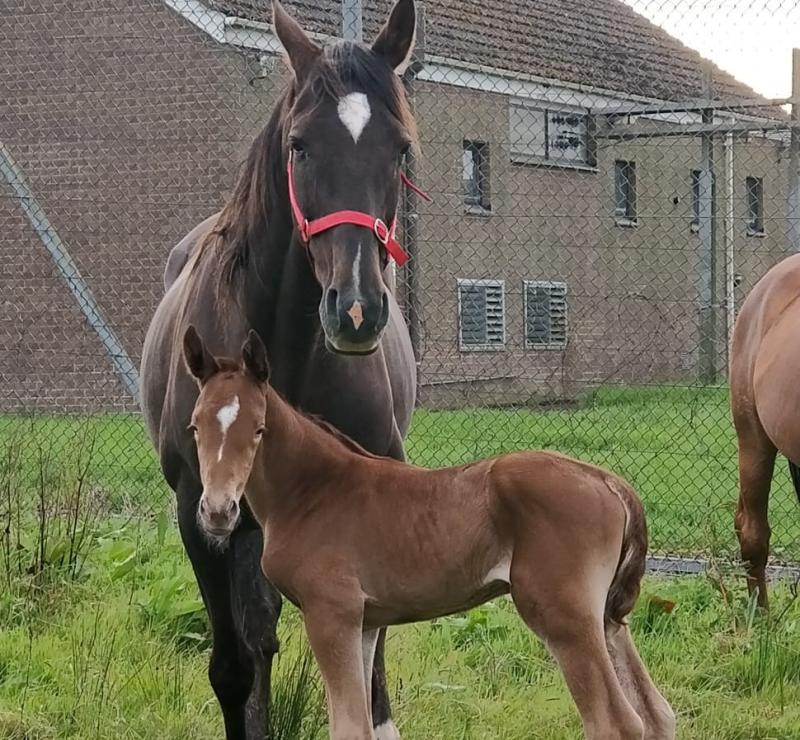 The owner of horses that are grazing in the Sheriff's Mountain area of Derry has appealed to people not to feed them after one almost choked to death this week.

Thanks to the efforts of an equine specialist, Christine Duncan at Whitehouse Veterinary Clinic,13-year-old Heart's life was saved.

However, owner Niamh McElhinney said the outcome could easily have been different.

"She was getting her feed at night as normal but she couldn't ingest it as her esophagus was full of carrots. Horses have a very complex digestive system and they don't regurgitate food.

"I have never seen anything like it in my life. It was terrifying."

Ms McElhinney called the vet who quickly diagnosed the problem and was able to clear the blockage.

Heart  is now in recovery but Ms McElhiney wants to educate people on the dangers of feeding livestock.

"People do it with the best will in the world and I'm sure they would feel awful if they knew what could happen," she said.

"Everyone loves to see a mare and a foal together so they were probably trying to entice her over with a carrot, but what they don't realise that the 10 or 15 people coming behind them are doing the same thing.

"It would also be very dangerous if the foal got any of the carrots too because they don't have any teeth and they would choke.

"It's great to see people take an interest in the horses and have such empathy for them, but they are being well fed so I would ask them to leave the feeding to the owners."

"She was nearly newly orphaned but thankfully she is thriving and her personality is as cheeky as ever," said Ms McElhinney.

"It takes 11 months for them to get on their feet so you are just watching them every step of the way.

"I would like to say thank you to Christine at Whitehouse Vets whose quick thinking saved Heart's life."