Why can't Derry have something like the Lagan Valley Leisureplex? 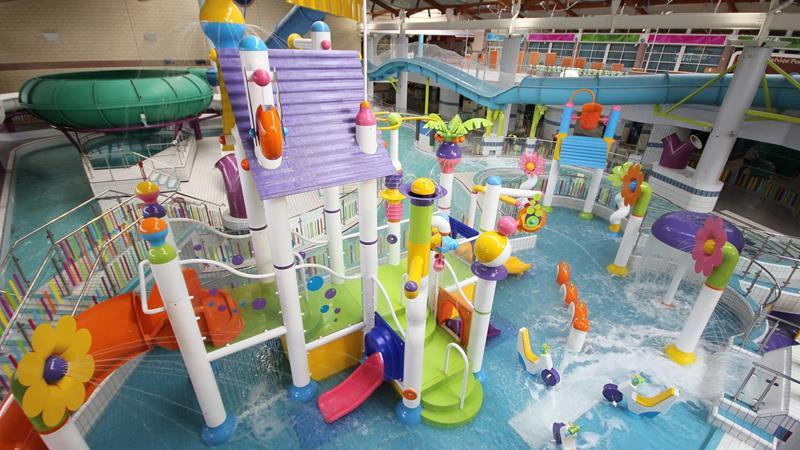 One of the pools at the Lagan Valley Leisureplex.

A local councillor has said that Derry should 'aim big' when it comes to planning the future of its leisure facilities.

DUP Alderman Graham Warke said many people from the local area travelled 60 miles to Lisburn to visit the Lagan Valley Leisureplex which has a number of swimming pools and state-of-the-art facilities.

He said Derry City and Strabane District Council should be looking to create a similar facility.

Alderman Warke was speaking today at the council's monthly meeting during a discussion on the future of local leisure facilities.

Sinn Fein councillor Aileen Mellon brought a motion before the meeting asking the council to note the 'public disappointment' at the 'lack of progress' to date to advance the construction and re-development of Templemore Sports Complex in Derry and Riversdale Leisure Centre in Strabane.

The motions stated: “This motion calls on Council to prioritise the development of those long outstanding projects by bringing forward a report to the Council meeting in September to include the identification of all funding options available and a timetable towards completion so that the Council can consider its options.”

Alderman Warke told the meeting his party would support the motion but added that he believed the council should use the opportunity to look at ways of improving its leisure facilities even further.

He said he had travelled with his family to the Lagan Valley Leisureplex because of the facilities.

He said he knew other local families who had done the same.

Alderman Warke said the council now had an opportunity to look at creating a similar leisure facility which could attract thousands of people.

He added that the council 'should aim big'.

In relation to Cllr Mellon's motion, SDLP councillor John Boyle proposed an amendment which would replace the word 'prioritise' with the word  'accelerate'.

Cllr Boyle's amendment proposal was supported by 26 councillors and opposed by ten.

The reworded motion was then passed unanimously at the meeting.