Three bags of the used items were left in a stream outside Magherafelt. 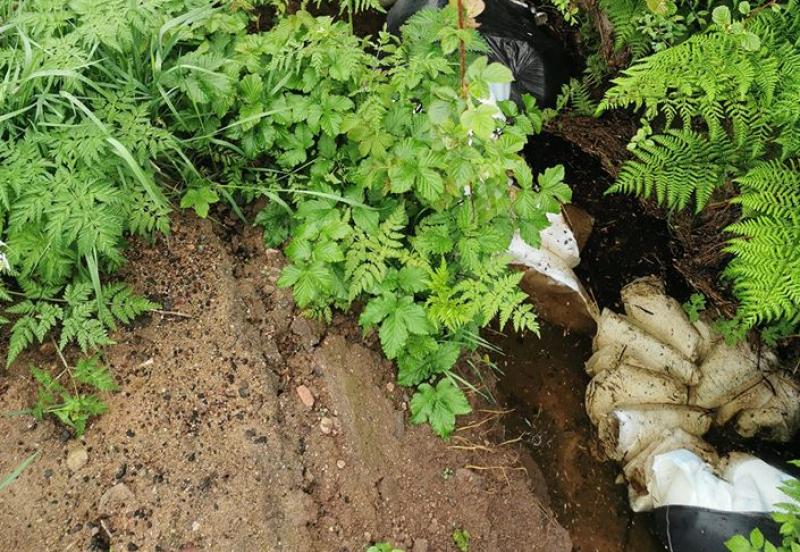 Residents have been left ‘disgusted’ after bin bags full of used incontinence pads were discovered in a stream in County Derry.

The rubbish was dumped on the Carncose Road between Moneymore and Magherafelt last week, despite the local council reopening their waste disposal sites last Monday.

A spokesperson for Mid Ulster District Council said the material was removed from the site on Friday.

They said: “The material which was illegally dumped was cleared jointly by the Council and the Rivers Agency.

“We would emphasise again that there is no excuse for illegal dumping and ask residents to dispose of their waste in a responsible way.

“I totally condemn dumping of waste anywhere and in this case in a rural area,” he said.

“There are numerous the channels for disposing of waste and the recycling centres are mostly re-opened now.

“The cost and danger falls to Council and its workers to remove this hazard which is inexcusable, particularly now, with the dangers present due to Covid-19.

“Most local Communities have taken the opportunity during the current emergency to organise clean-ups in their local areas and have given the countryside great appearance. Let's keep it that way.”

The council re-opened three waste disposal centres in Magherafelt, Dungannon and Cookstown last Monday, with the remaining centres to be phased in over time.

Details of the sites which are open, including opening times, can be viewed on the council website – www.midulstercouncil.org.