"Since its opening in 1888 the Hall has played a major role in the lives of over three generations of the people of this city." 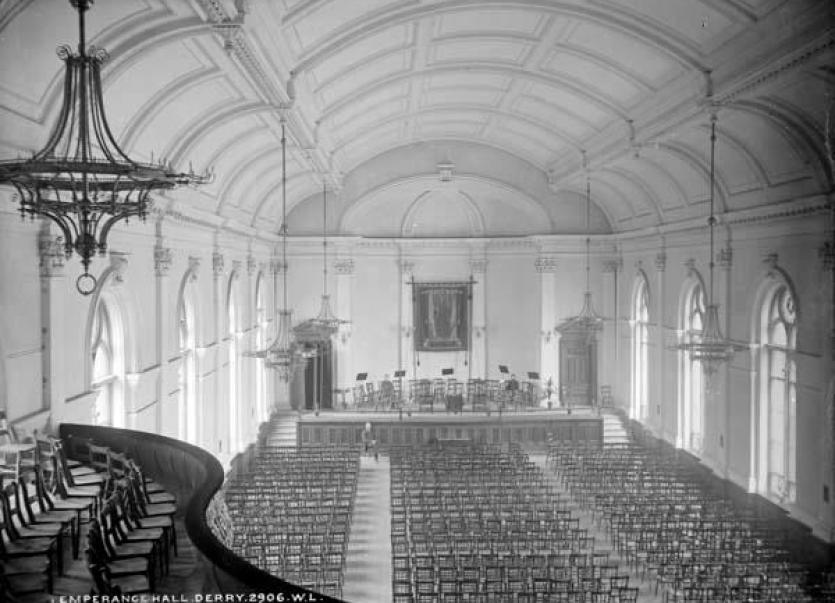 Foyle Civic Trust has launched a new publication focusing on the history and heritage of St Columb's Hall.

The project, which was funded by the Department for Communities (DfC), looks at the inception of the Hall, its built and cultural heritage and talks to some of the people who were involved in the life of the Hall over the years.

"This will help to ensure that as the building is developed in future years, decisions will be based upon a clear understanding of its unique history."

St Columb’s Hall has been an intrinsic piece of the cultural, architectural and historical fabric of Derry City since 1886 - built from donations from local people and retains a deep connection to the local community.

Peter Tracey, Chair of the Foyle Civic Trust, who researched and authored the booklet, said: "Since its opening in 1888 the Hall has played a major role in the lives of over three generations of the people of this city.

"As we enter the 2nd decade of the 21st century it is imperative for the city that this architecturally and socially important building finds a new sustainable lease of life for the next 100 years.”

The new publication is available at www.saintcolumbshall.com/history