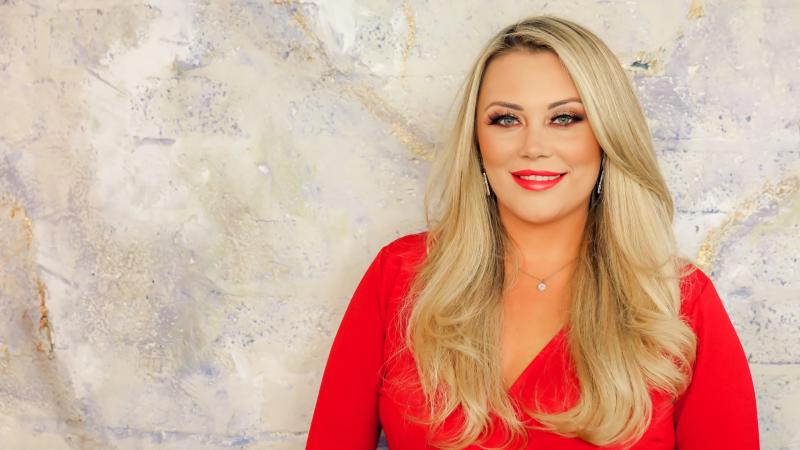 A glamorous Derry hairdresser has bravely ditched her trademark make-up to take part in a BBC dating show.

Patricia McCallion, who owns her own hair and beauty salon in Waterloo Street, agreed to be stripped of her make-up and lashes to take part in 'Pretty Single' which airs on Monday.

The series sees six image-concious singeltons embrace the natural look to try and find a love connection that is more than skin deep.

Patricia kicks off the show by going on five dates with five different guys,  while her co-stars watch the dates unfold from the comfort of their sofa – providing supportive and humorous commentary throughout.

Mum-of-one and self-confessed romantic, Patricia admits she hides her true self behind make-up to boost her confidence.

“It’s putting on a mask in the morning, it’s covering the flaws that you don’t like about yourself," she said.

"People often say to me 'you look like you work in the beauty industry' and I do like to look the part.

"I have to look at myself in the mirror all day at work so I want to look my best."

Each of the five suitors have been specially matched to Patricia but she could only take one to dinner.

"The dates were one after the other and then you had to whittle it down to two and decide which one to take on a proper date," explained Patricia.

"If I was going on a normal date I'd have my make-up done because you want to impress, but the funny thing was the fellas didn't even notice we weren't wearing make-up.

"I felt like I was putting myself out there and it was scary, but at the same time I felt like they were getting to know the real me because I was more vulnerable."

Patricia remains tight lipped about who she chose for her date, but revealed she was given the option of going bare faced or wearing make-up.

"I kind of went for a bit of both," she laughed.

She is now looking forward to seeing the show for the first time when it airs on Monday.

"The trailer came on the other night after Eastenders and I was jumping around the room," she admitted.

"I kept rewinding it to watch again."

All six episodes in the series will be available on BBC iPlayer after the first episode is broadcast.