Motorists urged to drive with caution 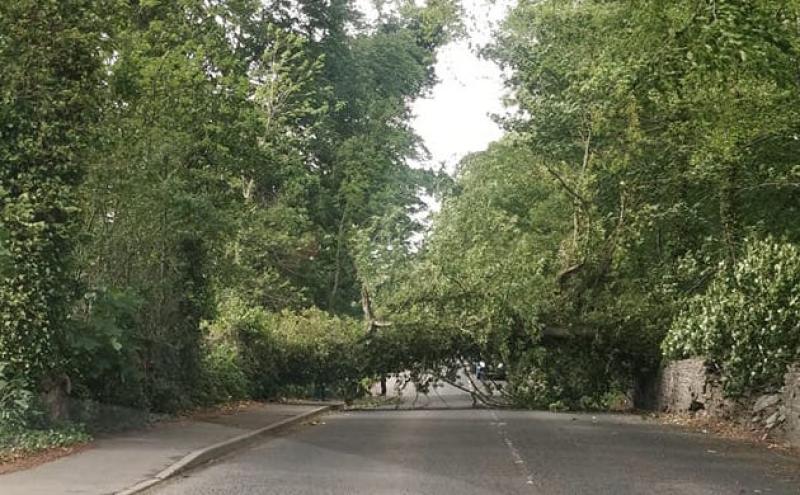 There has been significant traffic disruption in Derry today because of fallen trees.

The strong winds brought down trees in, among other places, the Ardlough Road, Ardmore Road and the Madam's Bank Road.

At around 7pm this evening, police said the Ardlough Road is closed in both directions due to a fallen tree and a BT phone line being down.

A PSNI spokesperson said: "This has been reported and should be cleared as soon as possible. Please avoid the area."

It is not known if this has yet been cleared.

In another incident, a tree fell on to the Madam's Bank Road at the cityside end of the Foyle Bridge earlier today.

Two lanes of the bridges were blocked for a period before the tree was removed.

Motorists are being urged to drive with caution during the ongoing winds.