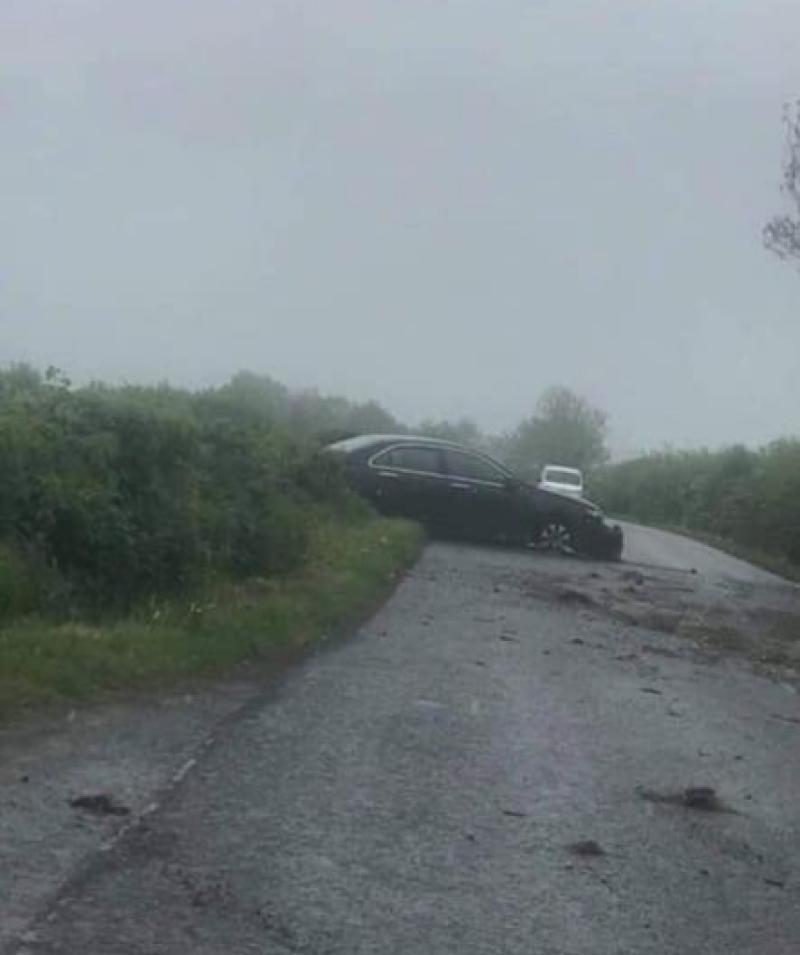 The scene of today's crash.

A car being driven by suspected joyriders has crashed close to the Derry/Donegal border.

The car crashed in the Sandbank area of Derry, on the road in from the Rock Bar on the Muff to Burnfoot road in Donegal.

Posting on social media, a young woman who witnessed the incident said 'joyriders' had driven through Muff in Inishowen at approximately 3.00pm today.

She said: "There were five of them in a car, three boys and two girls. They all looked drunk and about 16.

"They have made their way up towards Burnfoot, likely heading back to the border.

"Just for anyone on the roads, be careful. They literally could have killed a lot of people coming past the Spar garage and just missing the house across the street."